Following the success of the limited-edition Ford Ranger Thunder, Ford South Africa is introducing another flagship model based on the Wildtrak – the Ranger Stormtrak. 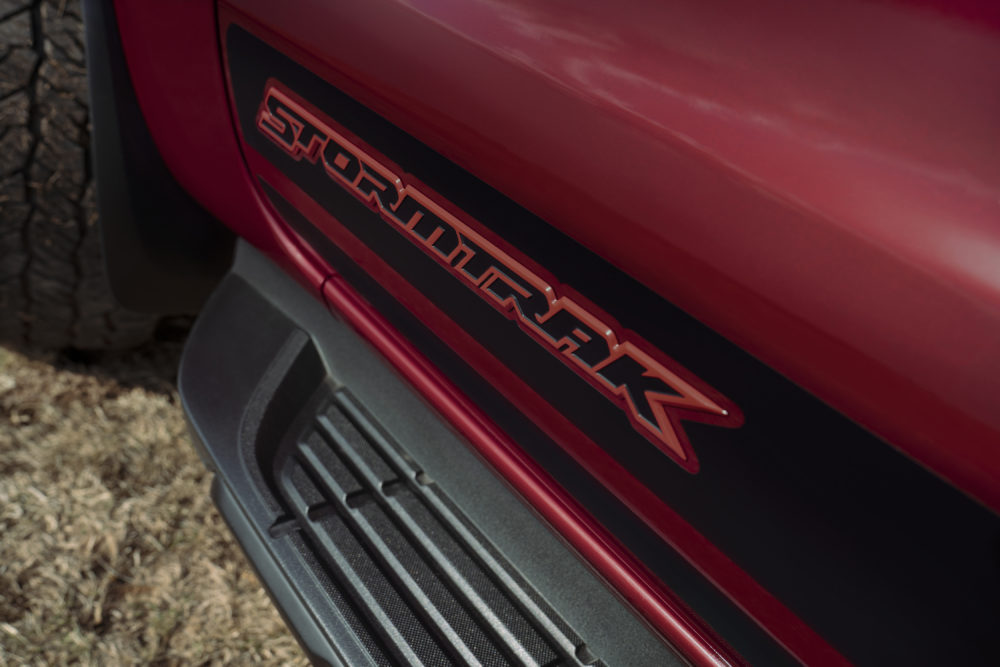 In Stormtrak guise, the Ranger gains several additional design elements, including a black mesh grille with red inserts, a black insert in the lower section of the front bumper, black decals for the bonnet and doors, black roof rails and 18-inch alloy wheels finished in gloss black.

Further identifying this limited-edition Ranger’s special status are three-dimensional Stormtrak logos on the lower sections of the front doors, as well as on the rear tailgate. The upcoming introduction of the Ranger Stormtrak also sees the addition of a vibrant new paint colour, Lucid Red. It can also be specified in Sea Grey, Frozen White and Blue Lightning. 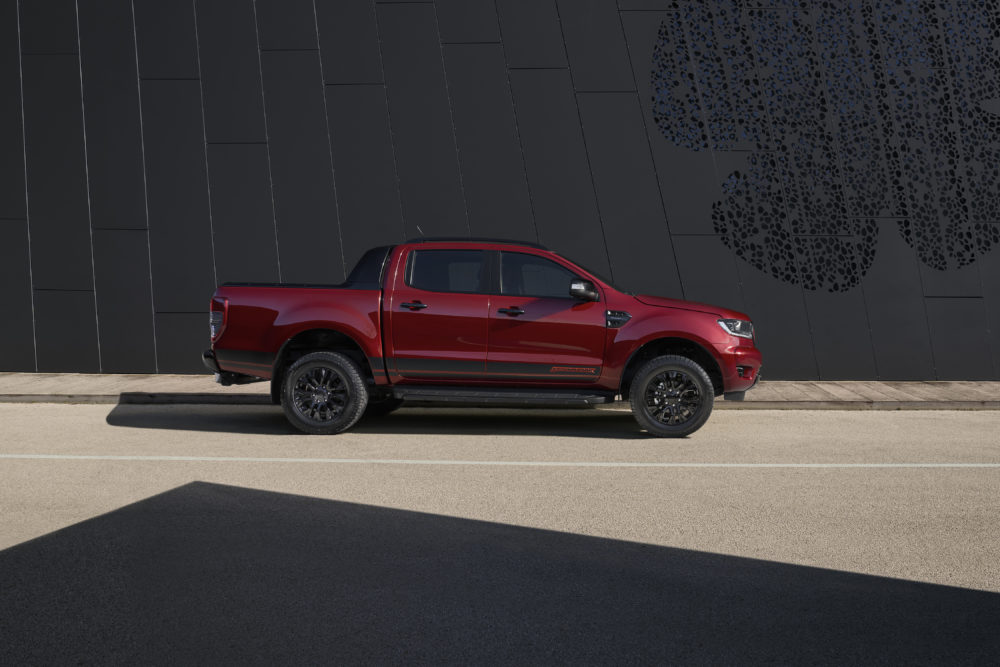 It’s not just on the styling front that the Ranger Stormtrak gains special treatment, as everyday practicality has been elevated too thanks to the standard fitment of Ford’s new Power Roller Shutter for the rear load compartment. This ensures that goods can be safely secured in the loadbed with ease, complemented by the tailgate locking mechanism being integrated into the vehicle’s central locking system.

Adding further versatility is the adjustable bed divider kit that makes it easy for the owner to compartmentalise the cargo area according to the size of the items being carried – thus preventing goods from shifting around when driving. A drop-in bedliner provides a useful 12-volt socket for powering accessories such as a camping fridge. 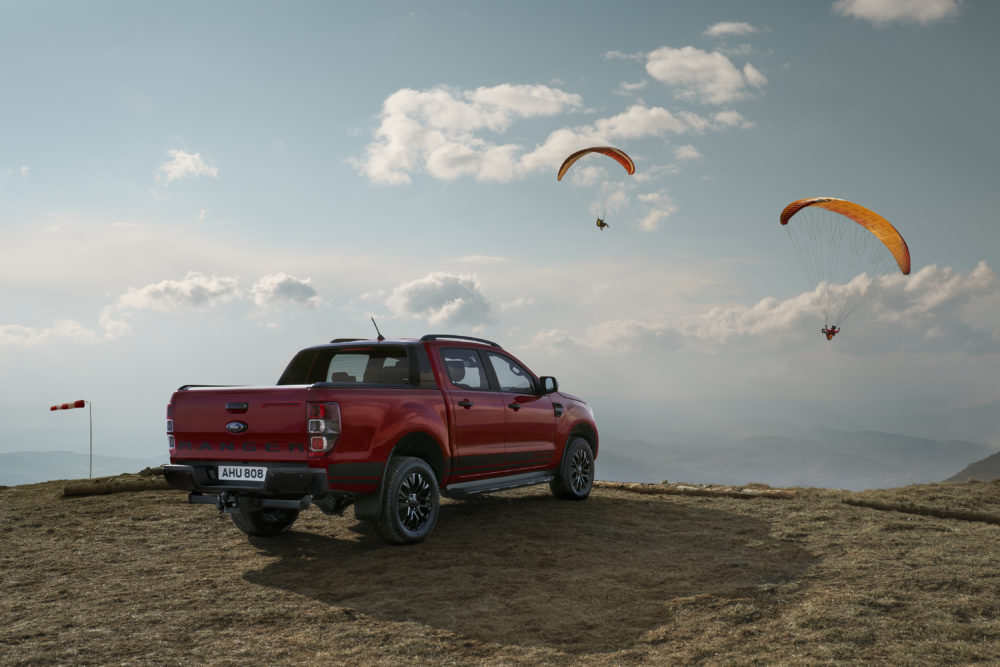 Step into the cabin and you’ll find illuminated front scuff plates. This theme is continued on the premium leather seats which incorporate striking red stitching, as well as the Stormtrak logo on the front seat backrests. Red stitching is used throughout the leather-trimmed cabin, including on the soft-touch dashboard upper, steering wheel and gear lever.

As with the Ranger Wildtrak, the premium level of standard features is exceptional, including the SYNC®3 infotainment system with embedded navigation, Apple CarPlay and Android Auto, as well as FordPass functionality that allows the owner to remotely access numerous vehicle features from their phone – such as remote and scheduled starts to either cool or heat the cabin. 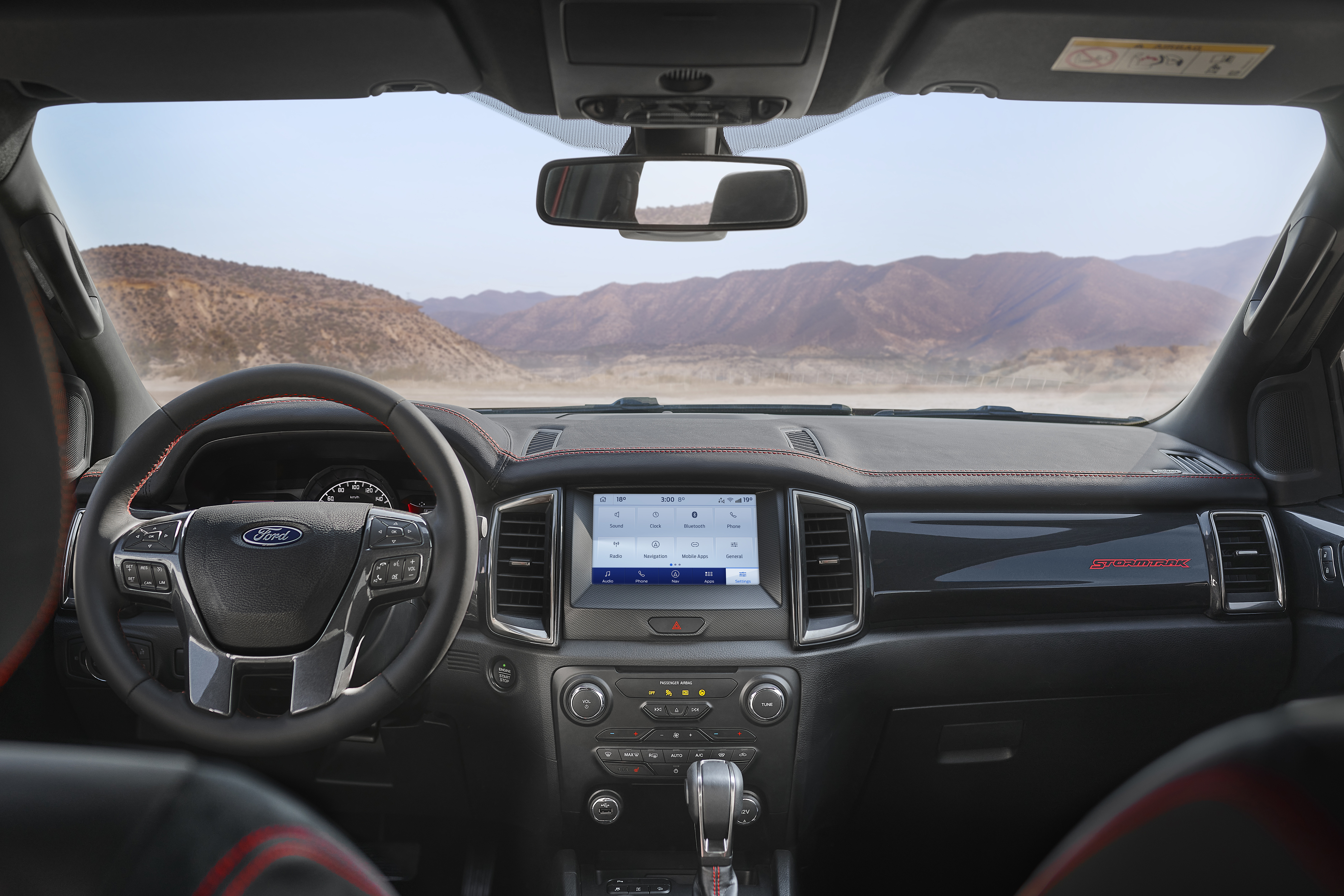 As the range-topper the Ranger Stormtrak is powered by Ford’s 2.0-litre Bi-Turbo engine which produces 157 kW and 500 Nm. It is paired with the brands 10-speed automatic transmission. The Ranger’s towing capacity of 3 500kg remains unchanged, along with the 800 mm water wading depth and 230 mm ground clearance.