Amongst the flurry of futuristic concept cars revealed at the Tokyo Motor Show, Mitsubishi a brand that has been rather quiet as of late has revealed this, the Mi-Tech Concept. Designed by the firm as a dynamic off-road buggy that embodies the future of Mitsubishi, and what we see certainly looks exciting. What Mitsubishi have here may be the beginning of a new niche within the automotive world. Could this be the first buggy-based SUV? 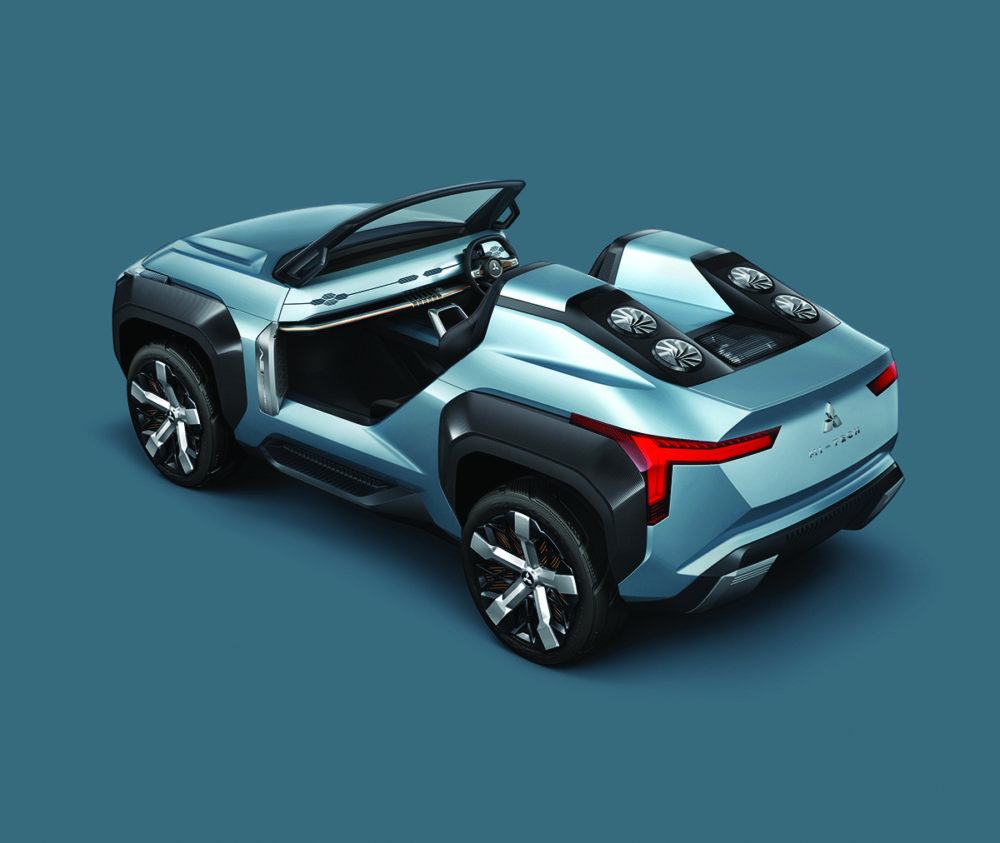 As environmental awareness grows and engine downsizing continues the Mi-Tech is a plugin-hybrid electric vehicle (PHEV) and has four electric motors, one to power each wheel, all the better of off-road traction and control. However, it’s not a conventional PHEV like the Japanese brands Outlander SUV sold widely in Europe. Instead of a conventional petrol-powered engine assisting the battery pack and electric motors, the Mi-Tech uses a gas turbine. The gas turbine effectively acts as a generator and is claimed to have a powerful output for its size and weight. No specific figures have been provided yet. The benefit of employing a gas turbine is its flexibility to run on a variety of fuels such as diesel, kerosene and even alcohol. Mitsubishi believes that this could solve the issue of some cars not being sold in lesser developed countries due to poor fuel quality. 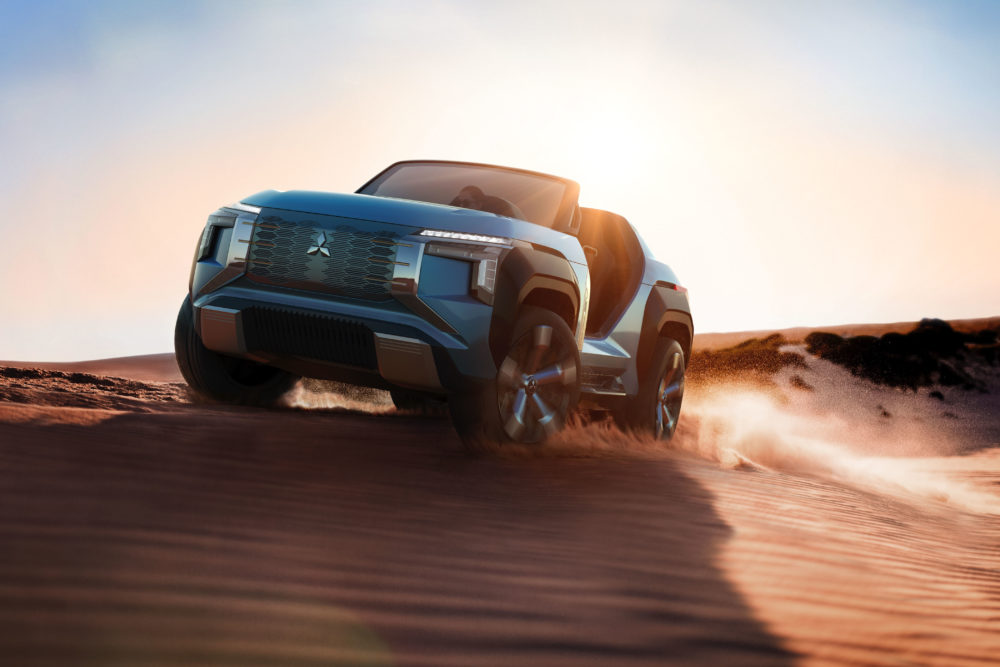 With the Mi-Tech, Mitsubishi set out to emphasize a design that offers drivers peace of mind, both inside and out. The exterior front end of the Mi-Tech offers a dune-friendly approach angle and adopts Mitsubishi’s signature ‘Dynamic Shield’ front design seen on the Eclipse-Cross and Pajero Sport. T-shaped headlights, aluminium skid plates, sidesteps, raised fenders and large diameter tyres all hint at its proposed all-terrain capabilities. The T-shaped tail lamps share the same design pattern used on the front end. Also, there’re no doors in true buggy fashion. 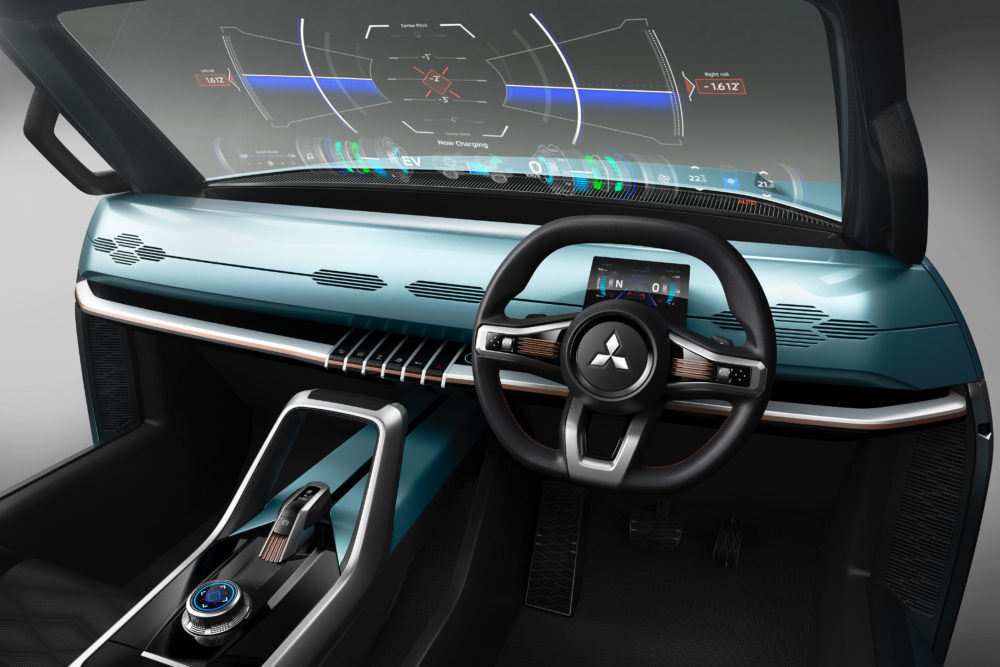 Inside, you’ll find a pair of bucket seats and a completely horizontal instrument panel design creates a sense of space inside the compact cabin. The horizontal theme is further accentuated by copper lines added on the instrument panel and steering wheel matching the copper lines on the front grille.  The big innovation for the interior is the front windscreen. It’s able to graphically present all the relevant vehicle information such as car behaviour, terrain recognition, the interior climate control, onboard media, the vehicles battery status and even optimal route guidance to the driver over unmarked terrain. Think of it as a massive head-up display, we think that this is a great idea as modern infotainment systems can take your eyes off the road for long periods of time but this solution could get a bit distracting. 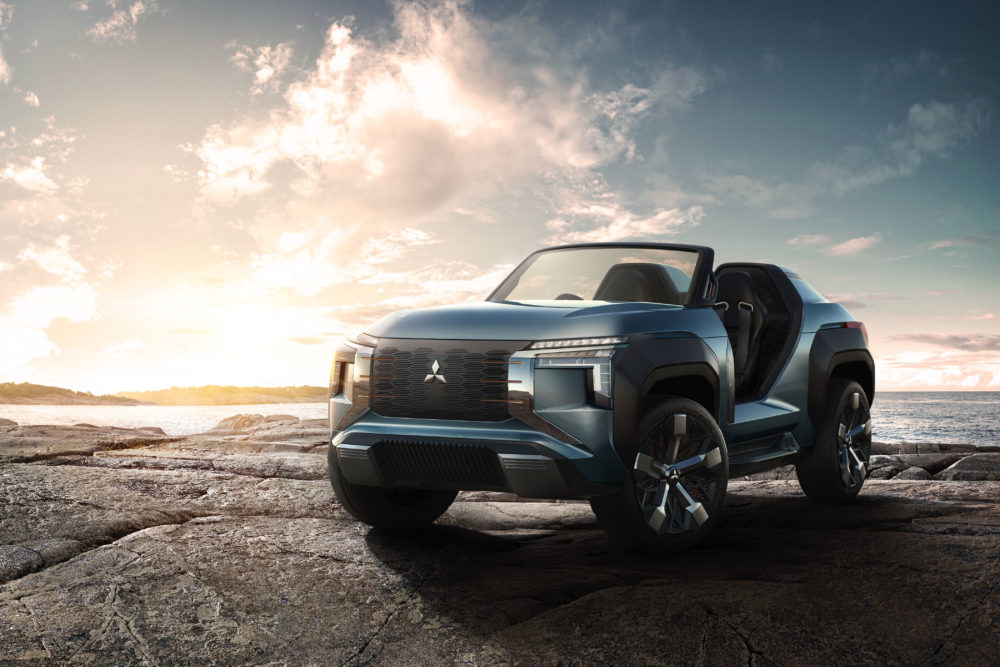 Regardless of turning the windscreen into a monitor, the concept of a compact top-less SUV-like Buggy is a neat one, and the gas turbine EV proposition makes a loas of sense, Mitsubishi should just go ahead and make it.