This is how it goes down sometimes… MOTOR Editor: ‘I’m down with the flu, can you go on the new Ford Mustang launch tomorrow for me, please?’ Me: ‘YES!’ MOTOR Editor: ‘I do not want an Ode to the Mustang.’

Show me someone who doesn’t love the Ford Mustang and I’ll succinctly quote Florence and the Machine, ‘I’m not calling you a liar, just don’t lie to me,’ as a response. The Ford Mustang is not just another car, it’s an icon rich in heritage, pop culture and with a cult-like following. Whether your love harks back to the original ’64 and you’ve known it since then, or it was Nic Cage’s horrific acting but Elenor’s award-winning performance in the reboot of Gone in 60 Seconds that brought on a case of the feels, it’s a fungible kind of love. 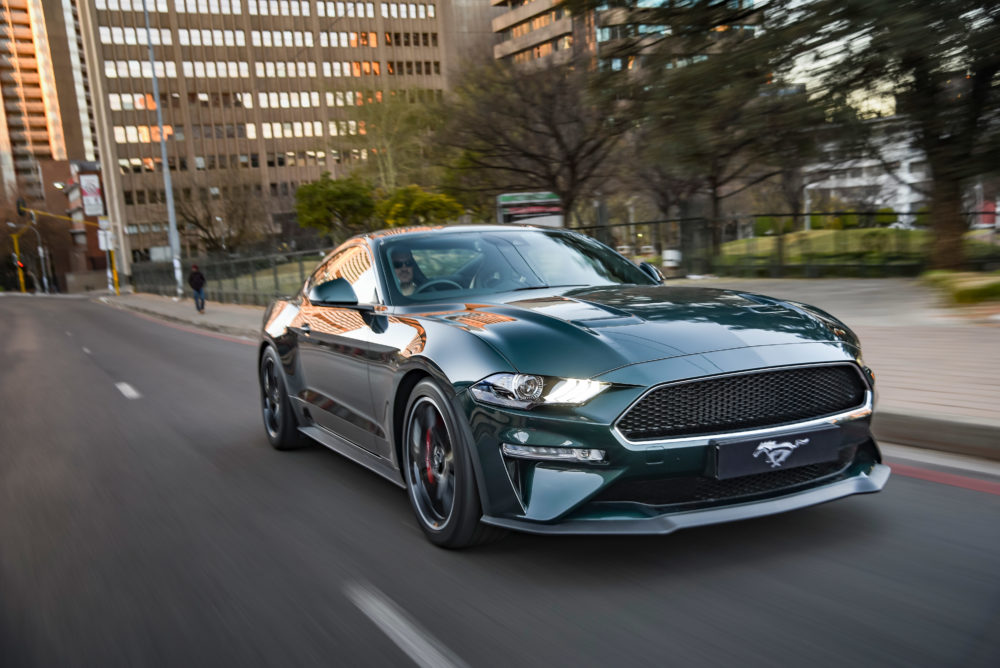 The Mustang is based on 50 years of design work, the current iteration is undoubtably the most aesthetically pleasing, other than the original ’64. It went through some weird styling phases between 1970 – 2010, though South Africa was fortunate to be never have been subjected to that, we jumped in right when it got good in 2015.

For the 2019 Mustang, Ford has integrated the air vents, dropped the grille slightly, lowered the bonnet and the result is a meaner, more aerodynamic and better handling beast. Head and tail lights are now ultra-efficient LEDs, even the fog lights. The rear bumper appears to have been spending time at CrossFit, as a result it’s less sloping, and more prominent dual-exhaust pipes set in the rear diffuser round off the badass look of the 5.0-litre V8.

Besides the new colours, comfier interior and the electrically adjusted and heated seats on offer, the technology upgrades deserve a worthy mention.  The 2.3-litre EcoBoost engine delivers 213 kW, as before, but torque has been increased to 441 Nm. An engine that was already remarkable in the previous model is upgraded with an overboost function on the turbo, when it detects heavy acceleration it gives extra boost for sublime throttle response. 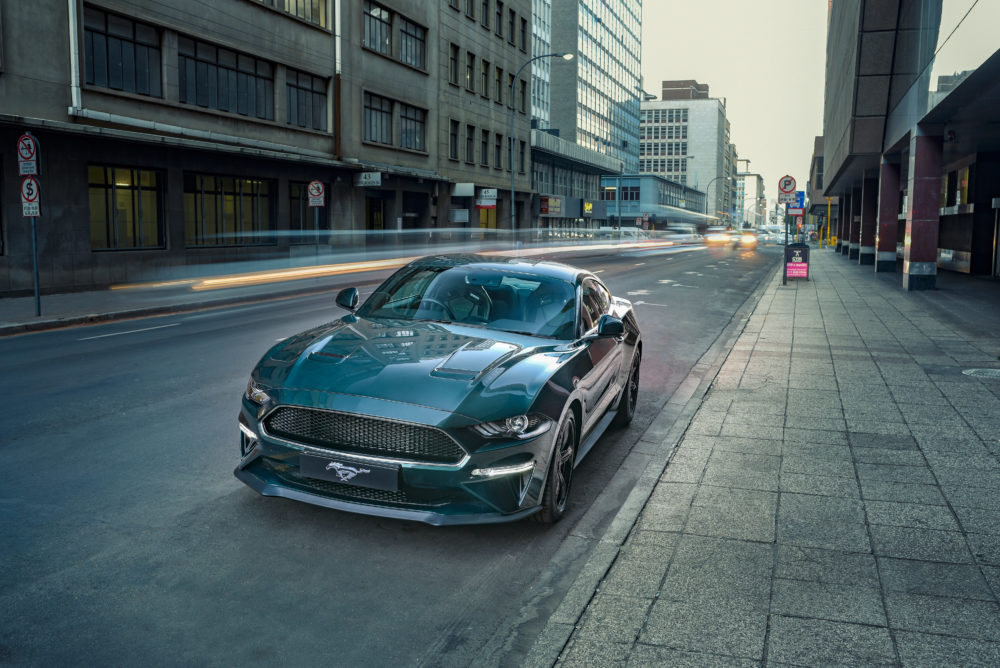 The big daddy 5.0-litre V8 gets a power upgrade, jumping it from 309 kW to 331 kW, with the added ability to rev a few hundred rpm higher than before. Torque remains the same at 529 Nm, although new to the engine is dual injection, featuring high-pressure direct-injection and low-pressure port-injection to improve low-end torque delivery.

All models, apart from the limited-edition Bullitt, have the new 10-speed automatic gearbox as standard. It’s an intuitive system that fully deserves the accolades bestowed upon it, it’s smooth on the shift and adapts gearchanges to changing conditions, although these can be overridden through the shift paddles on the steering wheel.

On launch in a wet Western Cape the rain was unrelenting to put it mildly. Just leaving the parking lot there was wheel spin, so I flipped through the Drive modes menu on the new digital, 12-inch LCD instrument cluster and selected Wet mode, no one wants to bin it and this was not the place to be a hero. In torrential rain the Wet mode had all bases covered: no snaking, slipping or sliding. it’s like sensible mode, not so urgent in throttle response to aid control. 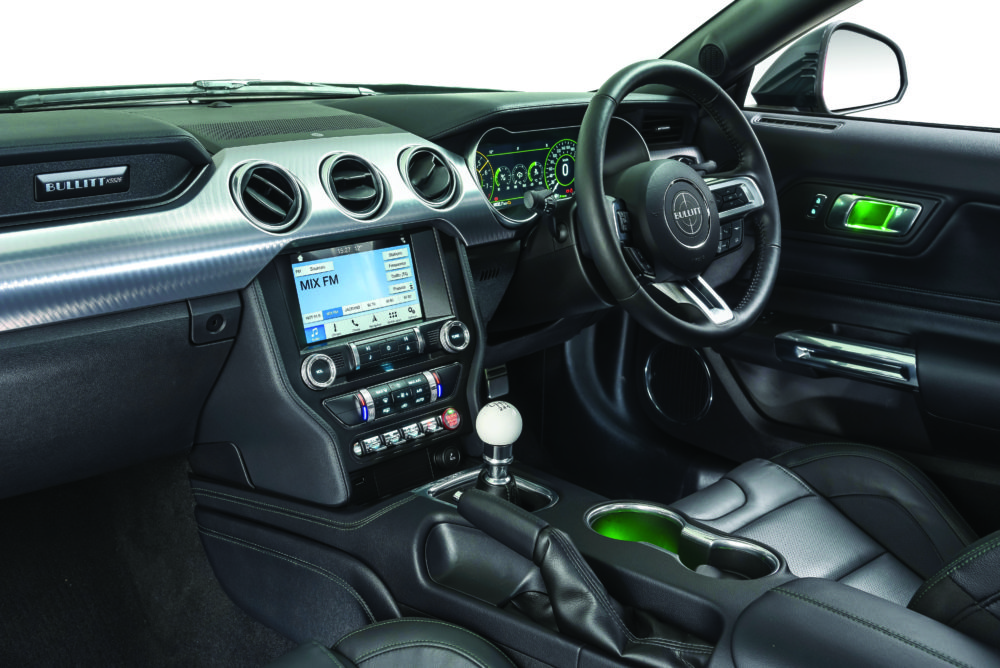 A feature that was begging to be on the Ford Mustang is the Active Valve Performance Exhaust, this allows for a changeable exhaust note. There’s Good Neighbour mode to limit noise at pre-programmable hours, otherwise if your neighbour loves to party until the wee hours we recommend the ‘Bad Neighbour mode. You know, full grunt at 06h00 and a few taps on the throttle to warm it up. This is not a standard feature from the factory.

And then there’s the special-edition Bullitt, built in honour of the 50th anniversary of the movie by the same name, staring the Ford Mustang and Steve McQueen, of course. The car chase is arguably one the best to grace the silver screen, it’s up there with Ronin and French Connection. Only 50 units are available in South Africa, 45 in the iconic green colour of Bullitt and five in black. The rear Mustang badge and steering wheel logos are replaced by the Bullitt logo, the interior carries a commemorative plaque production number and one other thing, it’s six-speed manual only. It’s ok, put the mag down and go and ogle it online right now. 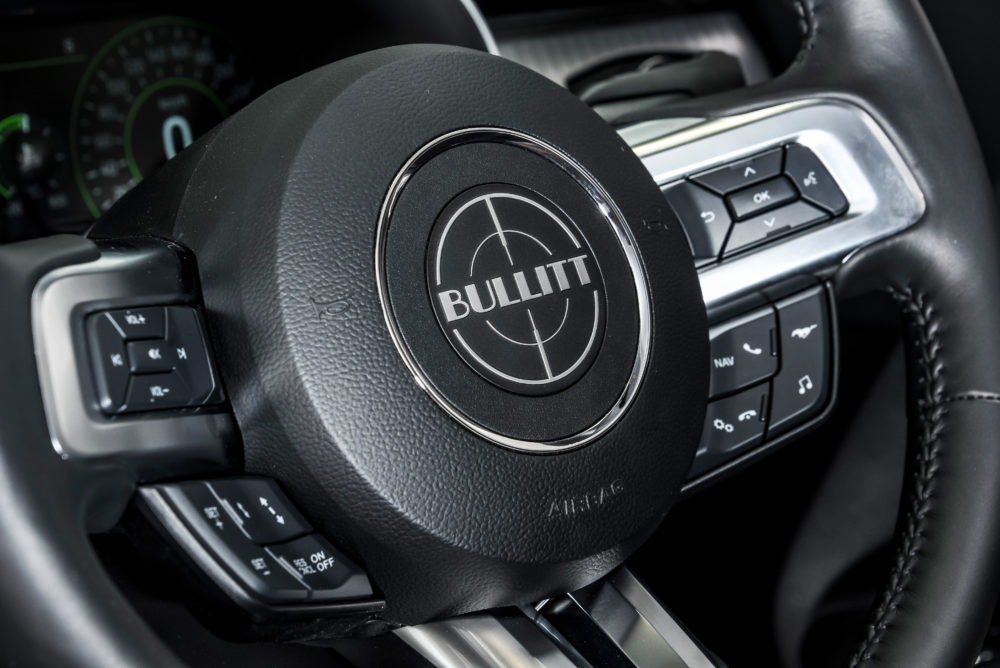 The numbers stay the same as the 5.0-litre V8 except there’s that whole manual thing. And it’s unreal. We drove one of the 50 allocated to South Africa and it definitely is something that is up there in ‘The Most Cherished Motoring Memories’ folder.  The manual gearbox is close to perfection, a short lever with short throws that don’t fight to get through the gater, it climbs through the rev range like it’s possessed. The change from automatic to manual livens up the entire car, the howling cape wind doesn’t minimise the effect. You are fully engaged, you are Steve McQueen, this is your car chase. This is also a public road, so you back it off and simply enjoy it for what it is, the Bullitt.

Here’s the rub of the green, so to speak. You can’t compare the Bullitt to anything else and yet people will. Try as you like it’s not going to go up against something with quattro all-wheel drive or a smaller, lighter BMW or Porsche. Apply basic maths, compare apples with apples and you can’t. The Ford Mustang is simply in a league of its own. 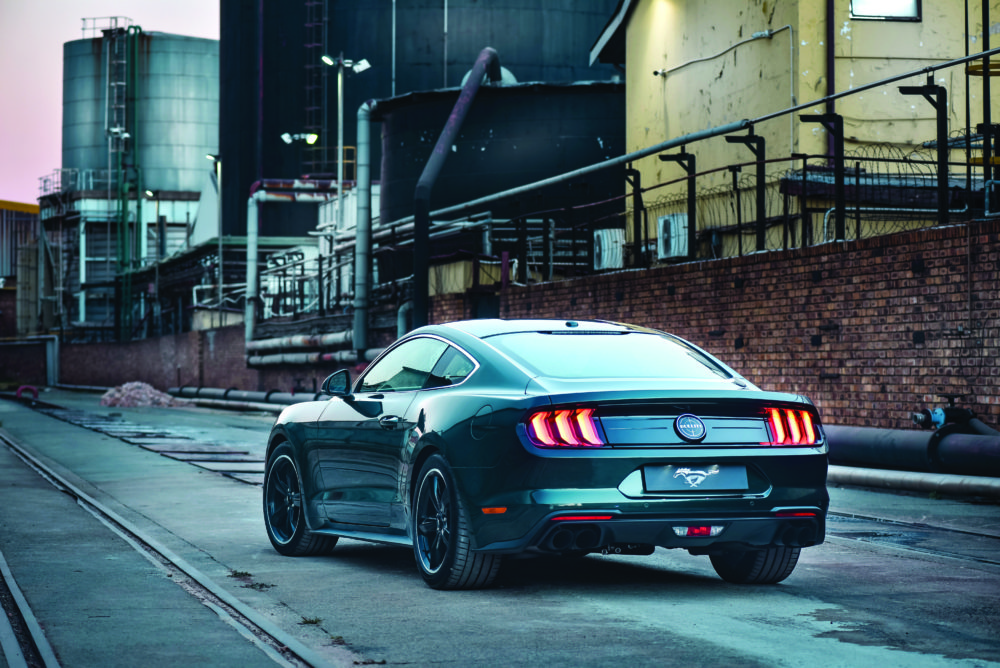 Only 50 are coming to South Africa 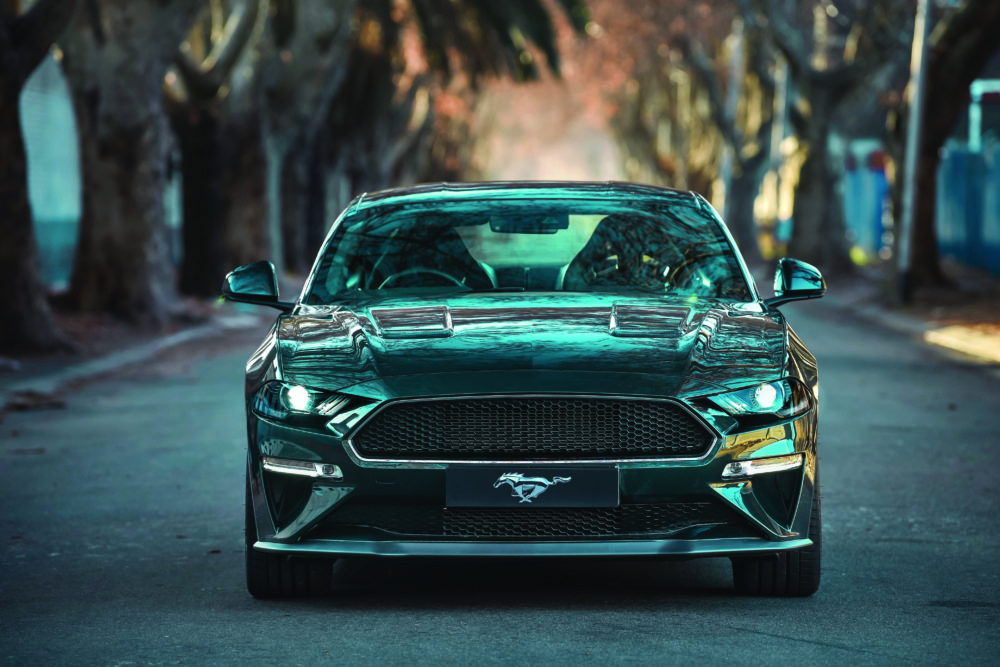