In amongst the frantic reorganising of schedules to best mitigate the impact of COVID-19, the nevertheless continued development of future technologies, including the enticing new RM20e all-electric racing car, and the defence of its maiden World Rally Championship title, Hyundai Motor Company hasn’t forgotten about its core business model; of offering continued value in all the markets where it has a footprint. 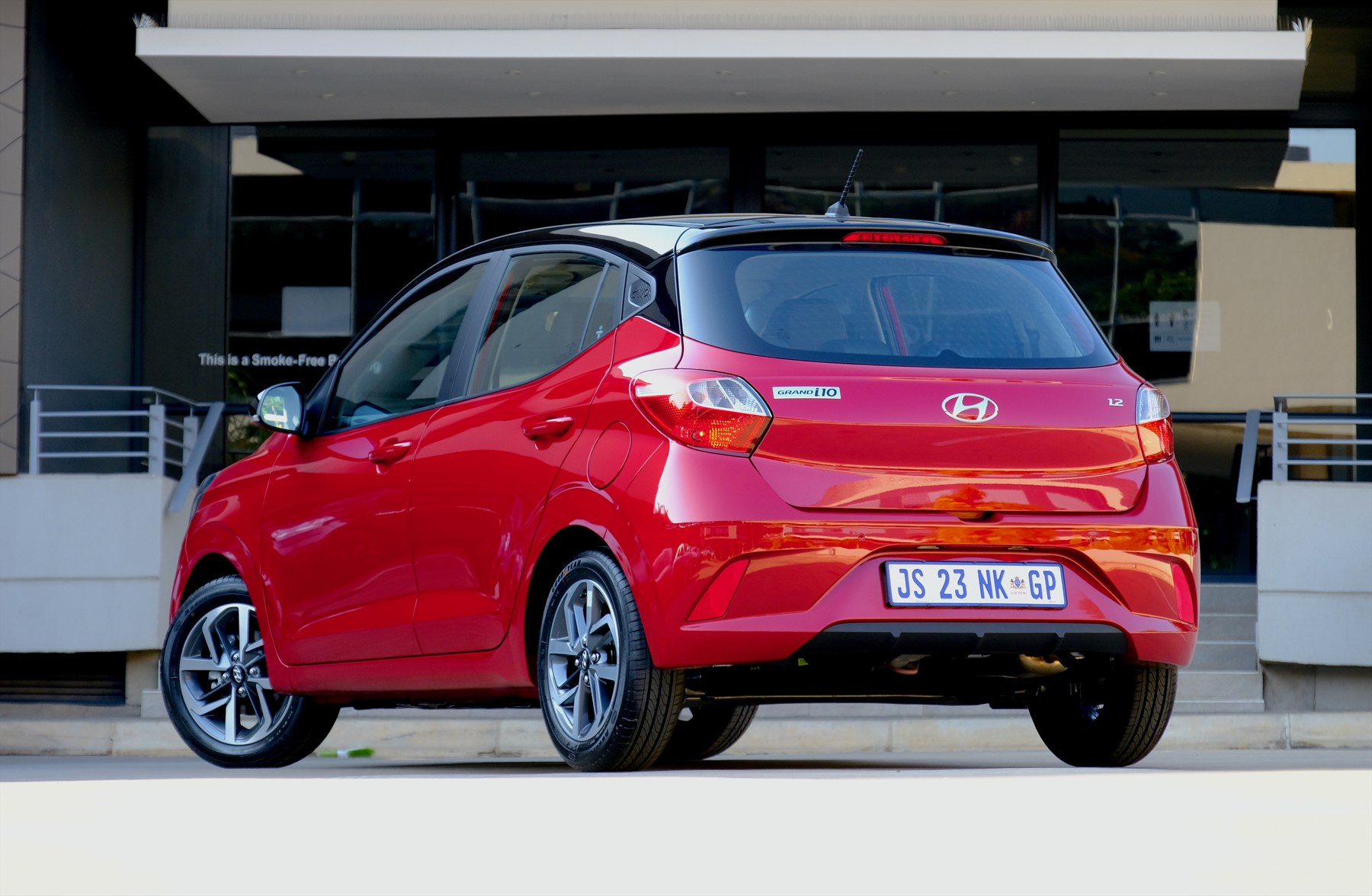 In a South African context, while a model like the limited-edition i30 N hot hatch has successfully lit a fire of enthusiasm around what’s to come from this department, and the Tucson SUV holds firm among the top sellers in its competitive segment, it’s within the budget sector where Hyundai has traditionally found favour.

Launched in 2014 as the spiritual successor to the Getz, the Grand i10 was then positioned to plug the gap between the smaller i10 and the somewhat more premium i20 hatch. Registering close to 50 000 sales since its introduction, and with South African buyers more budget conscious than ever, the stage is certainly set for the all-new car. 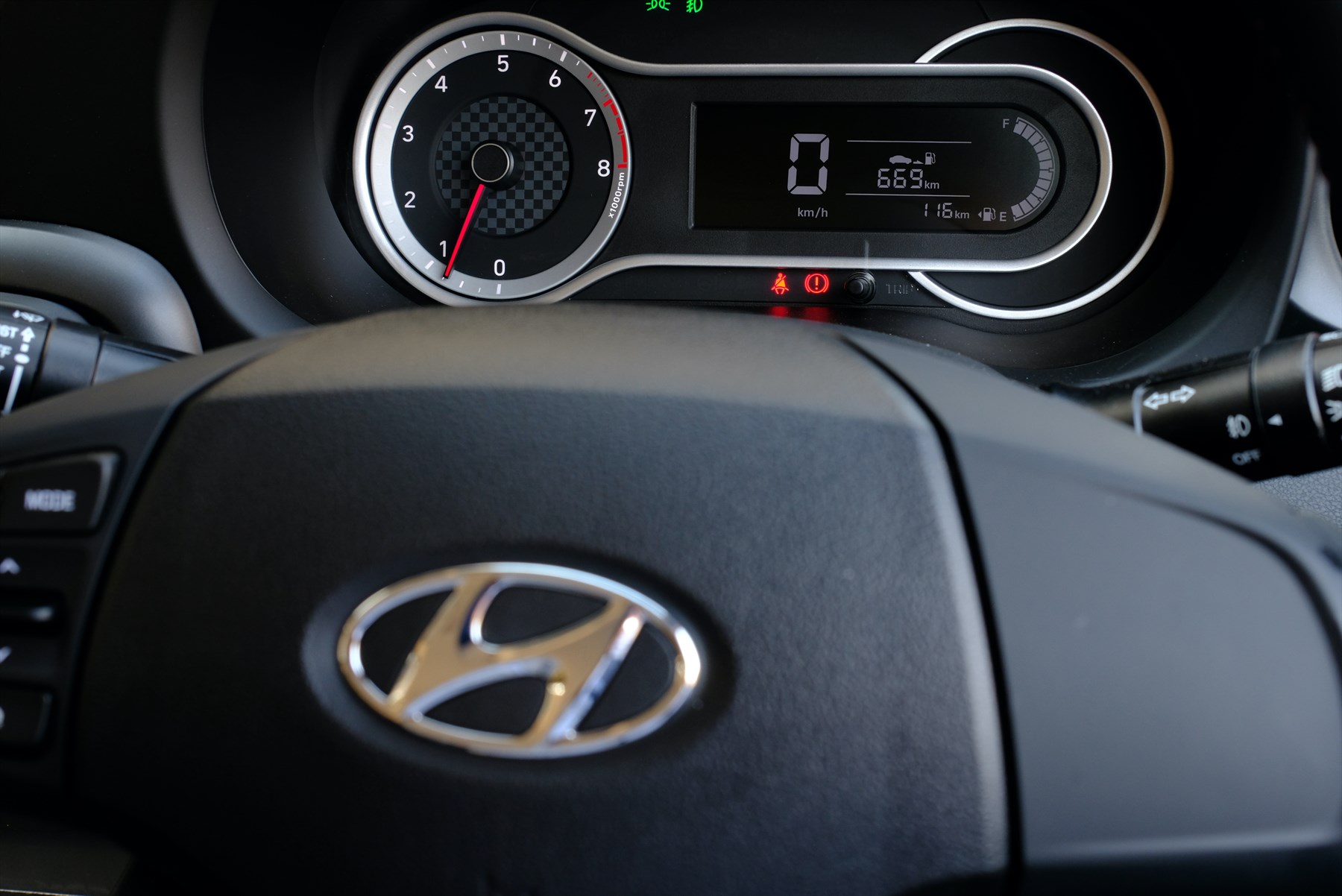 Now positioned locally above the recently-introduced new Atos (and with the all-new i20 scheduled to arrive in SA in 2021), the India-built second iteration of the Grand i10 boasts brand-fresh styling wrapped around a leaner shell. A stretched wheelbase compared with the previous generation does, however, bode well for increased interior comfort and overall versatility. A slightly lower ground-clearance is aimed at improving this vehicle’s on-road manners.

Available in five colours, Hyundai South Africa anticipates around 80% of sales to be allocated to the smaller of two engine options, the feisty 1,0-litre, three-cylinder unit offering 49 kW and 94 N.m carried over from the previous generation model. Modest figures yet, based on our extensive Western Cape-based test drive with the manual derivative (a four-speed auto is also offered), there’s certainly enough fizz on offer within this relatively lightweight package to easily maintain momentum in most conditions. What’s more, Hyundai claims a fuel consumption of just 5,4 L/100 km for this derivative aided as it is by a lightweight clutch and relatively precise shift pattern. 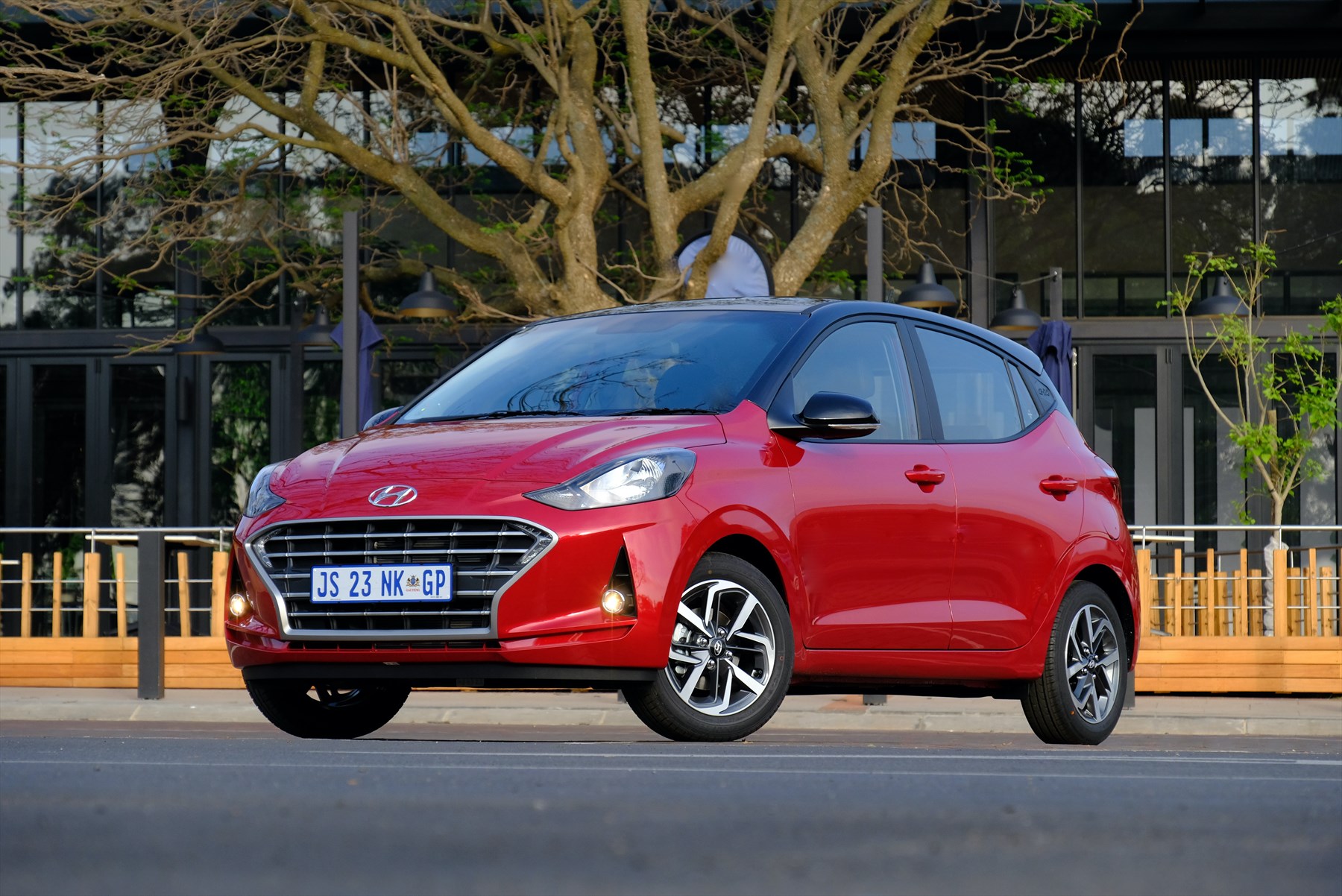 The other engine option in the new range is a 1,2-litre petrol unit offering 61 kW and 114 N.m, mated with a choice manual or automatic transmission.

Unlike some rivals in this segment, there’s a welcome level of weighting engineered into the Grand i10’s electrically-assisted power steering. Far from being heavy to operate, this additional load helps make the car feel that much more substantial and surefooted on the road, and not easily unsettled by crosswinds. Together with a carefully calibrated suspension setup, the new Hyundai feels nicely up to the task of offering enough comfort and compliance to cope with most local road conditions – including gravel, as we discovered on our launch route.

Available in either Motion or Fluid trim, all models are fitted with welcome safety features that include ABS-assisted brakes, a driver and front passenger airbag and Isofix child-seat anchorage points in the rear. While entry-level models feature steel wheels and black grille slats, Fluid spec adds such cosmetic niceties as colour-coded door mirrors, chrome highlights on the grille, daytime running lights and charcoal-coloured 14-inch alloy wheels. 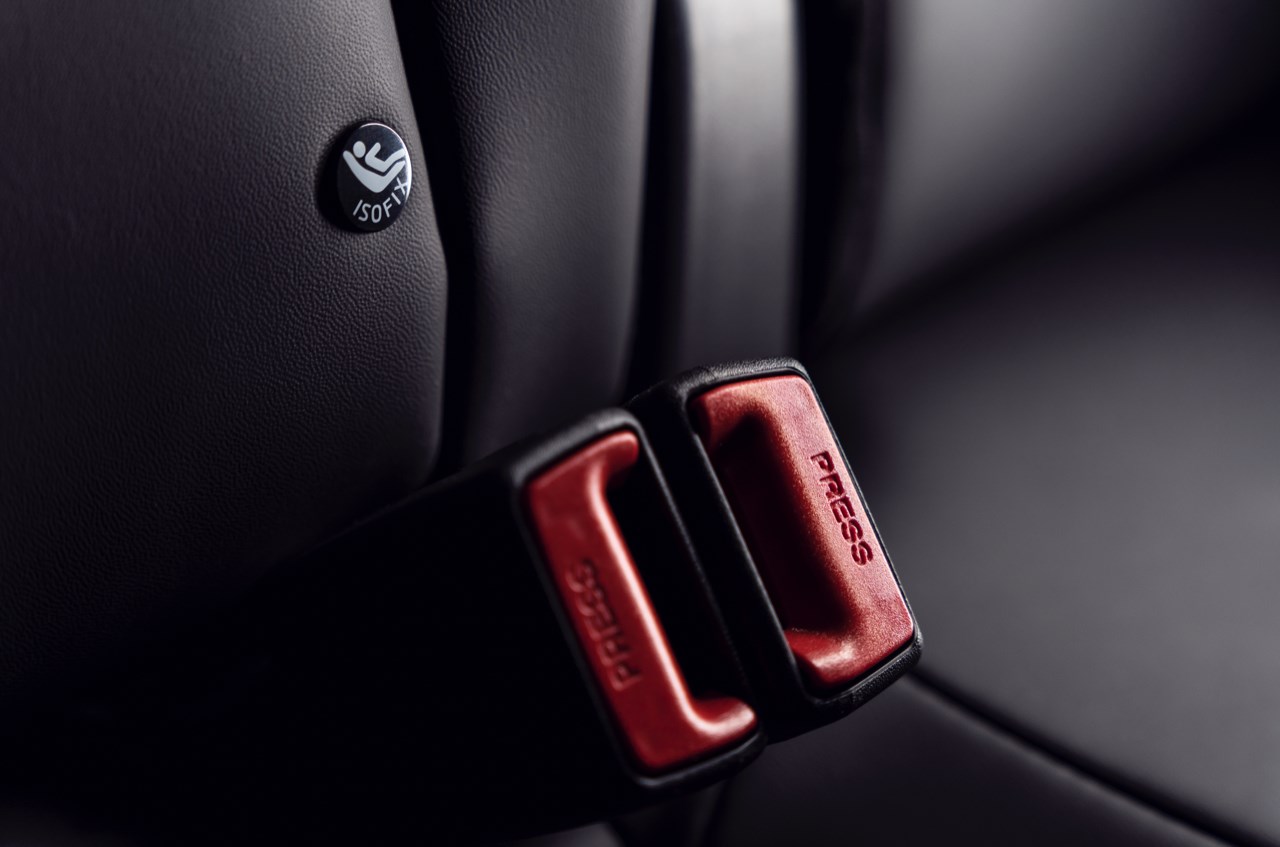 Standard throughout, together with electric mirror adjustment, central-locking and electric windows is a touchscreen-based infotainment system that incorporates smartphone mirroring technology. Faux leather upholstery completes the interior of Fluid models and the inclusion in both specifications of air-condition vents for rear seat passenger is welcome.

Boasting redesigned front seats for improved comfort, the new Grand i10’s cabin defies its dark trim finish to nevertheless feel fresh and airy. Height adjustment on the driver’s seat is a boon and, consequently, all-round visibility of outside surroundings is among the best in class. Rear passenger comfort is class-competitive, while a generous amount of luggage space can be increased in Fluid specification via a 60:40-split rear seat backrest. 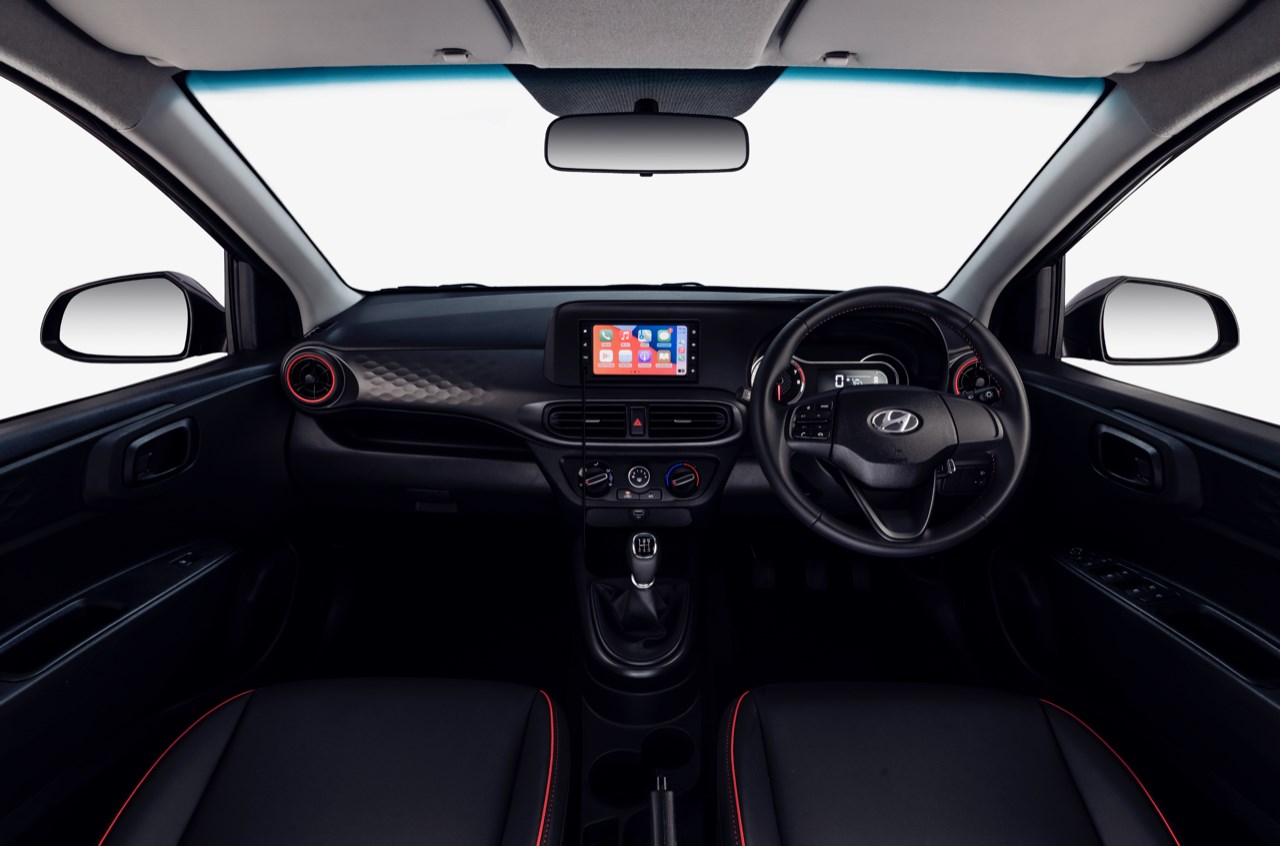 Hyundai South Africa should be lauded for keeping the pricing of its Grand i10 range unchanged despite what can best be described as a notable upgrade over the outgoing car. Included in this pricing is a 1-year/15 000 km service plan (to cover the car’s first service) and, of course, the brand’s impressive 5-year/150 000 km warranty, with an additional 2-years covering most mechanical items.

While the presence of the Suzuki Swift and new Toyota Starlet shouldn’t be ignored, the updated Grand i10 seems set to take the fight to its traditional segment rivals, the ever-popular Volkswagen Polo Vivo and Renault Kwid. With the impressive new Atos making wave in the entry-level niche and high-hopes resting on the chiselled shoulders of the forthcoming new i20 (including exploratory talks aimed at introducing this model’s Polo GTI-rivalling N derivative), Hyundai South Africa is rightly confident of growing its already impressive 30% share of the local 5-door hatch market in the near future. 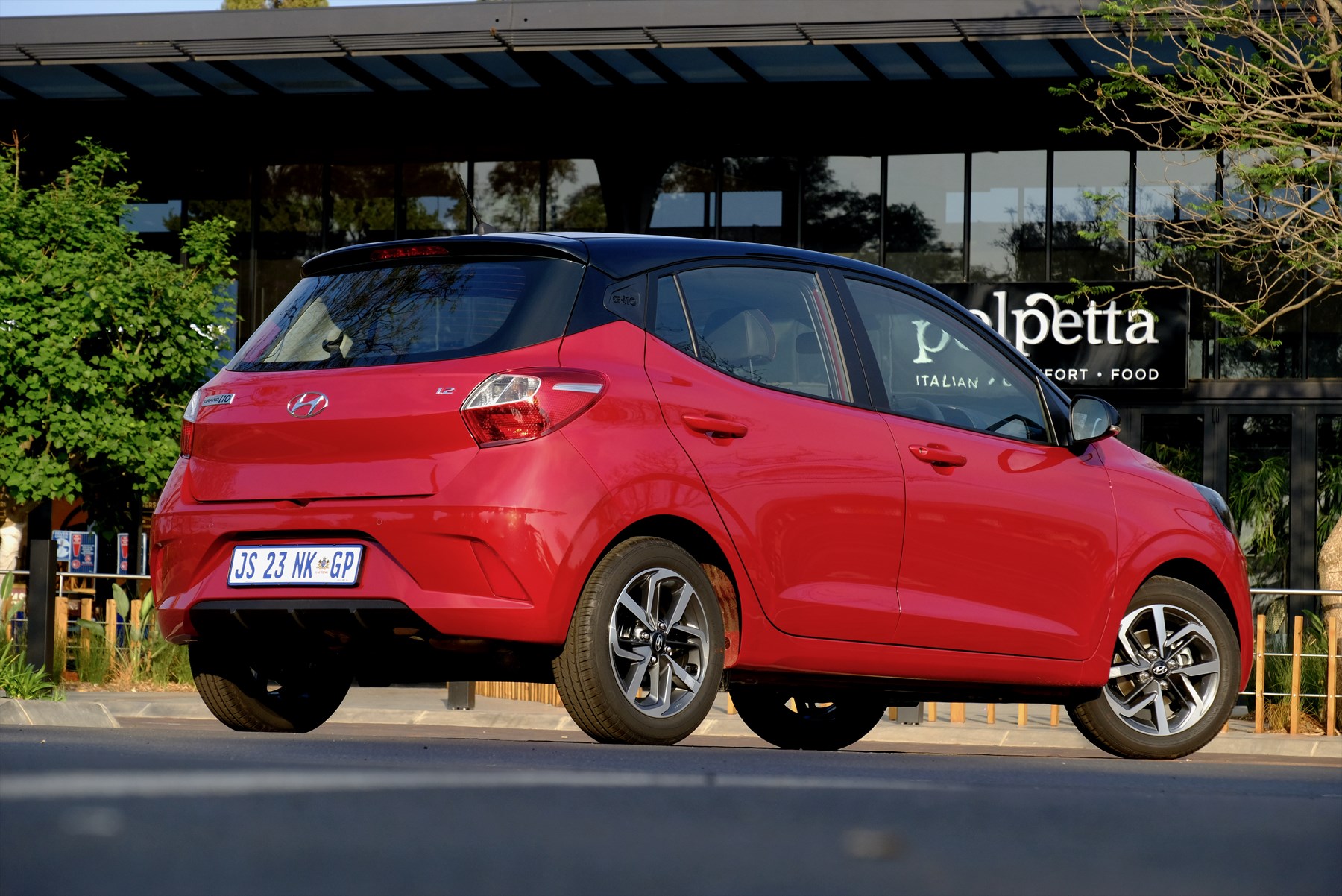 Impressive levels of standard specification throughout the range 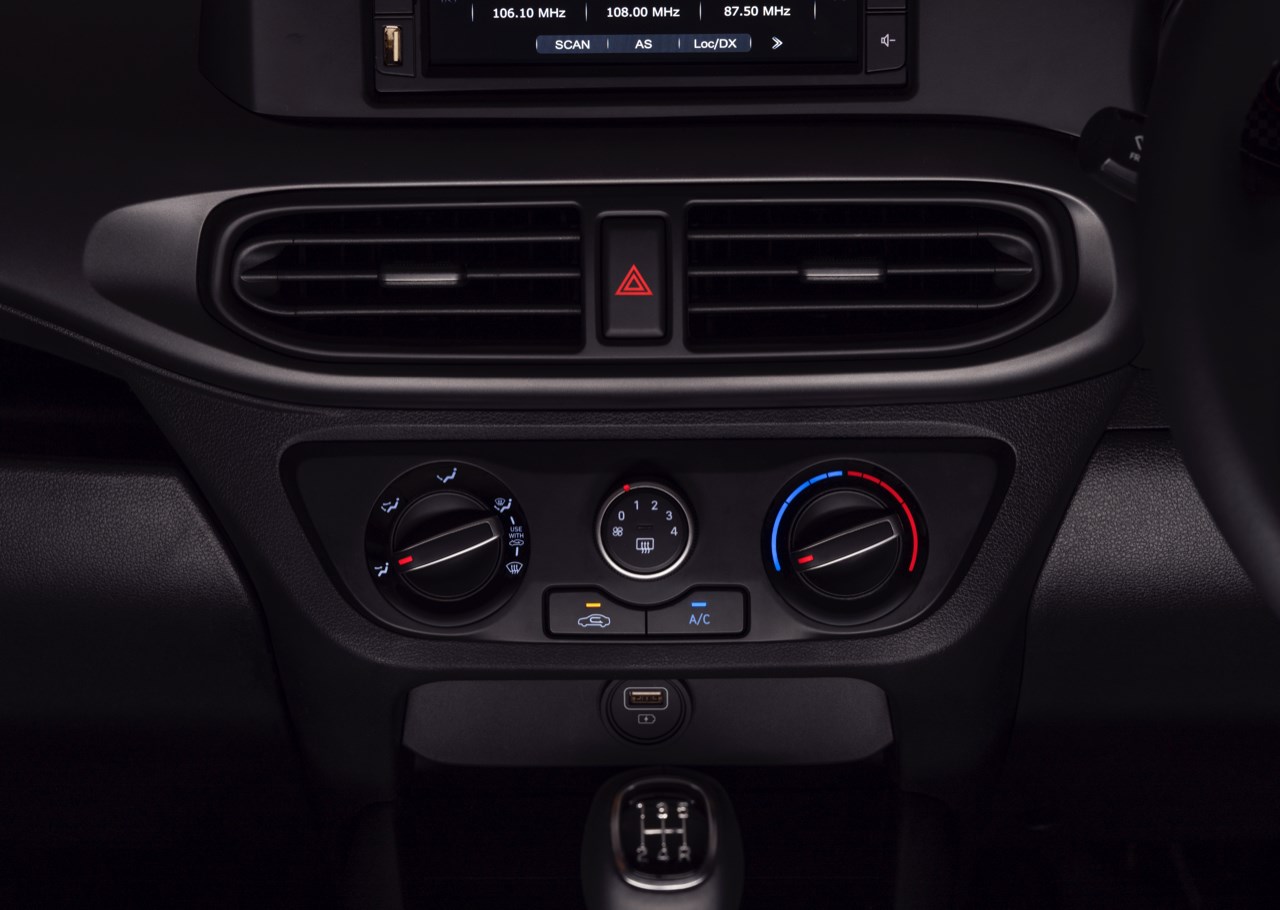 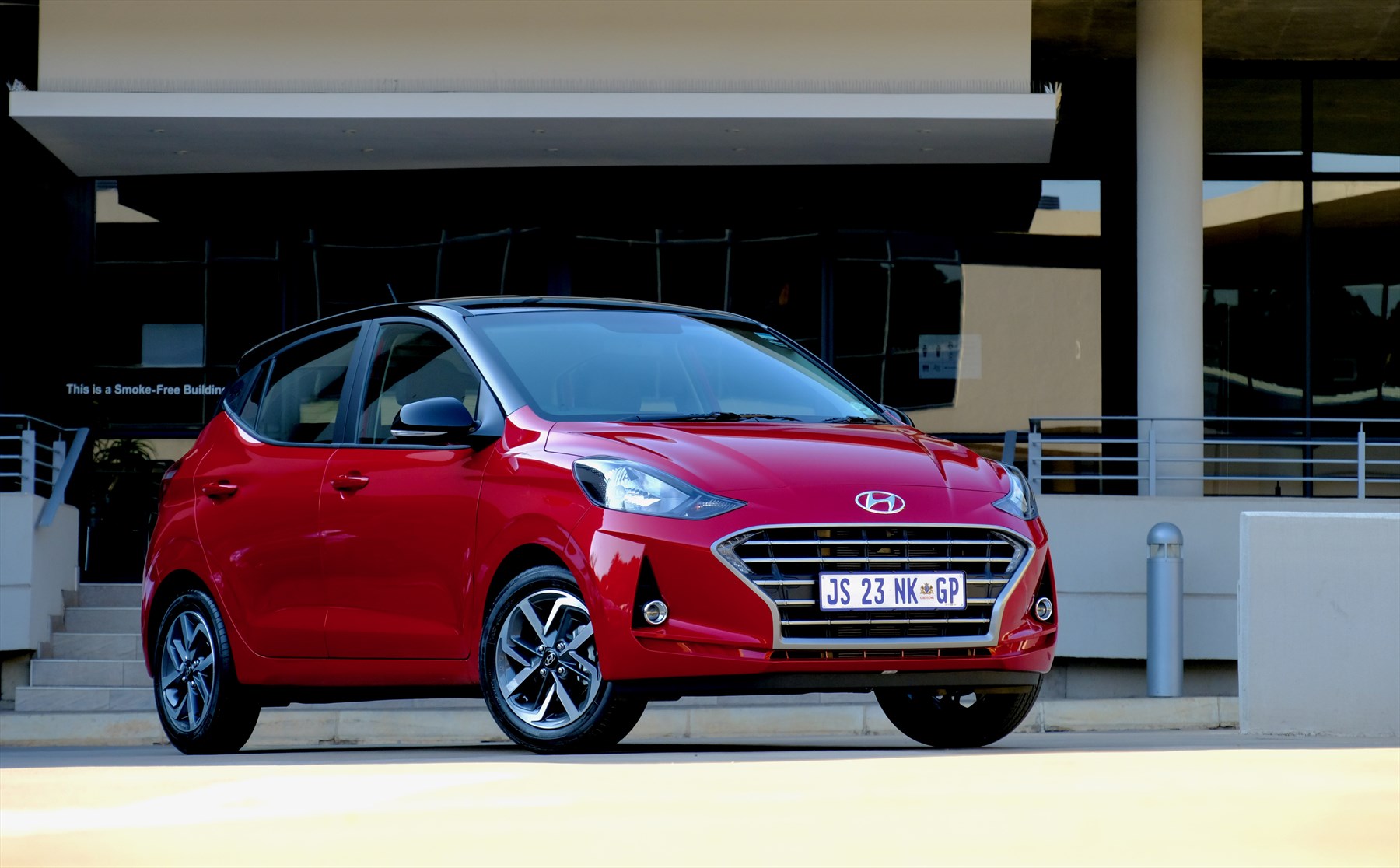