The first-generation Land Rover Discovery Sport arrived in South Africa back in September 2014. It had a comparatively late start to the premium mid-sized SUV scene, with the likes of the BMW X3 and Audi Q5 having garnered a solid head-start over the Discovery Sport well before 2010. What the Discovery Sport did, however, was serve as the new entry-point to the Land Rover brand taking over from the rough and ready Freelander. By targeting a different sort of buyer to the Germans, the Discovery Sport offered owners exactly what they needed, a spacious and practical vehicle with serious off-road capability and the option of seven-seats. It became popular among buyers with active lifestyles like surfers, cyclists, off-road enthusiasts and adventurous families with sport crazed children having sold over half a million units globally. This latest model builds on this formula by maintaining the size while adding a more polished aesthetic and intensifying the interior levels of technology, luxury and refinement without compromising on the standard of off-road prowess expected from Land Rover products. 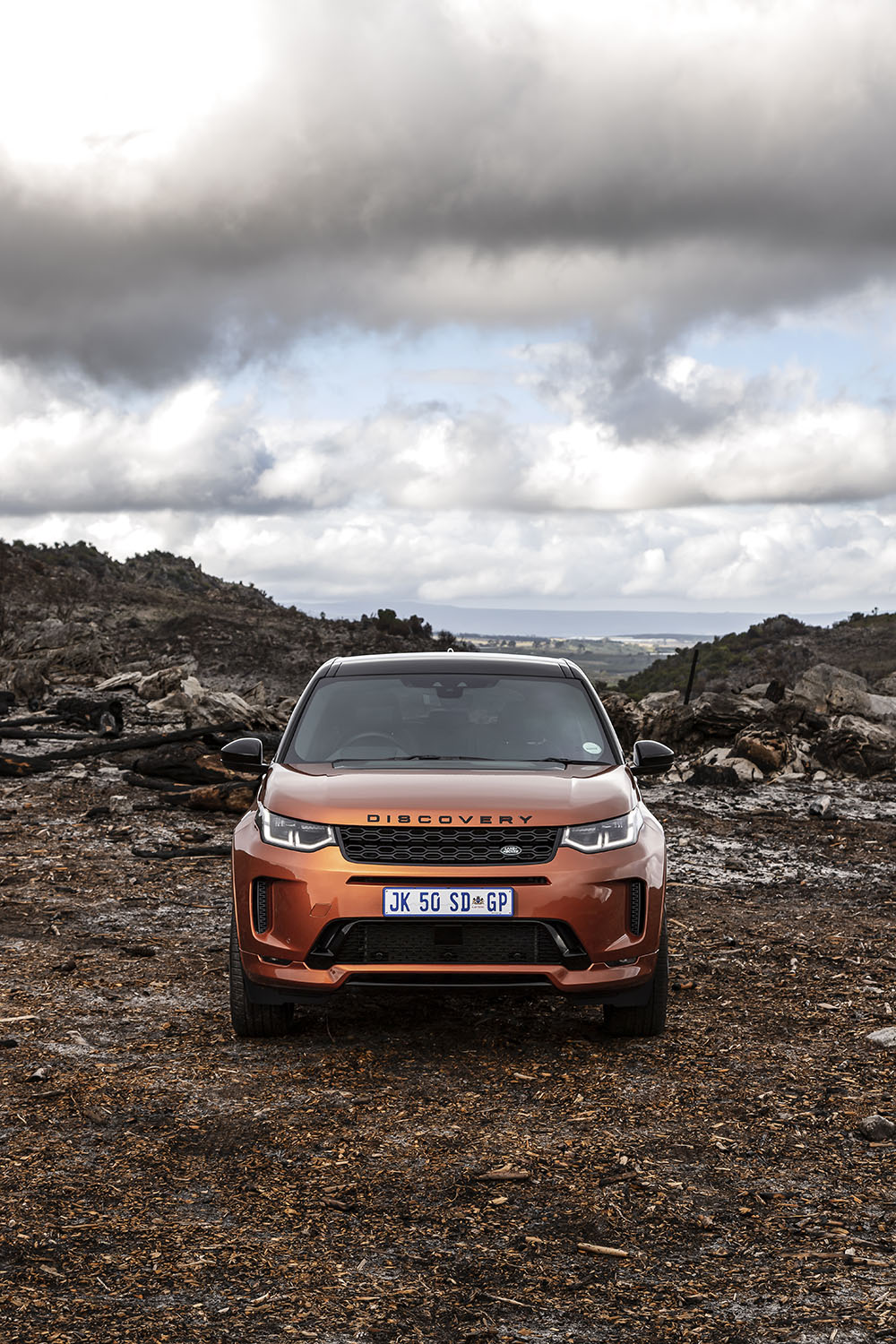 The Western Cape launch-route took us on a 350 km journey from the Cape Town CBD towards the seaside West Coast town of Langebaan before heading inland for some gravel and off-road driving between the Wineland towns of Riebeek Kasteel and Paarl. On tar and on dirt, in the city as well as in the countryside the fleet of new Discovery Sport test units stood out with their subtle yet tasteful exterior design tweaks. More than ever before, there is a clear similarity between the Discovery Sport and it’s larger sibling the Discovery, especially when fitted with identical five-spoke 21-inch alloy wheels. The redesigned bumpers, front grille, raked C-pillars, clamshell bonnet, new LED headlamps and neat overall proportions make for a handsome looking SUV masking its exterior dimensions when compared to the gargantuan Discovery. 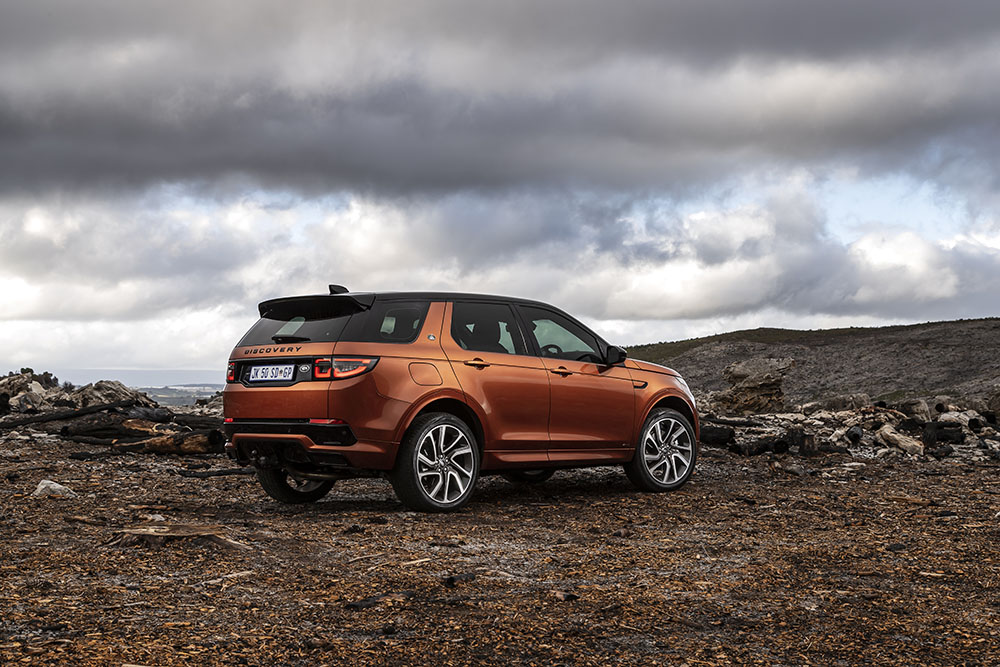 More than a mild facelift

Riding on the new Land Rover Premium Transverse Architecture (PTA) platform shared with the new generation Range Rover Evoque, the Discovery Sport now has the capacity for mild-hybrid and electrified drivetrains. The first of which we can expect to go on sale locally in 2021. For now though, we in South African only have two engine choices namely a 184 kW/365 Nm four-cylinder 2.0-litre turbocharged petrol and a 132 kW/430 Nm turbodiesel of the same capacity. At launch, only the latter engine was available to test, and is certainly the power-plant that’s best suited to this sort of vehicle. The PTA platform allows the Disco Sport to feature a body that is 13% stiffer than before as well as an upgraded multi-link rear suspension and a new MacPherson strut front suspension that claim to reduce high-speed wheel vibration. For an additional R16 500 as part the Dynamic Handling Pack adaptive dampers can be fitted. These are linked to a system that monitors road conditions every 10 milliseconds and offer a well-cushioned ride. Another new addition to the vehicle is the driveline disconnect feature. This is where a front axle power transfer unit can allow for the four-wheel-drive gubbins to be automatically decoupled on the move to reduce mechanical energy losses. The system works seamlessly in the background and can engage the rear wheels when needed in less than 400 milliseconds, a feature that could boost real-world fuel consumption. This technology is not to be confused with the on-demand four-wheel-drive systems used in the likes of the Volvo XC60 though. 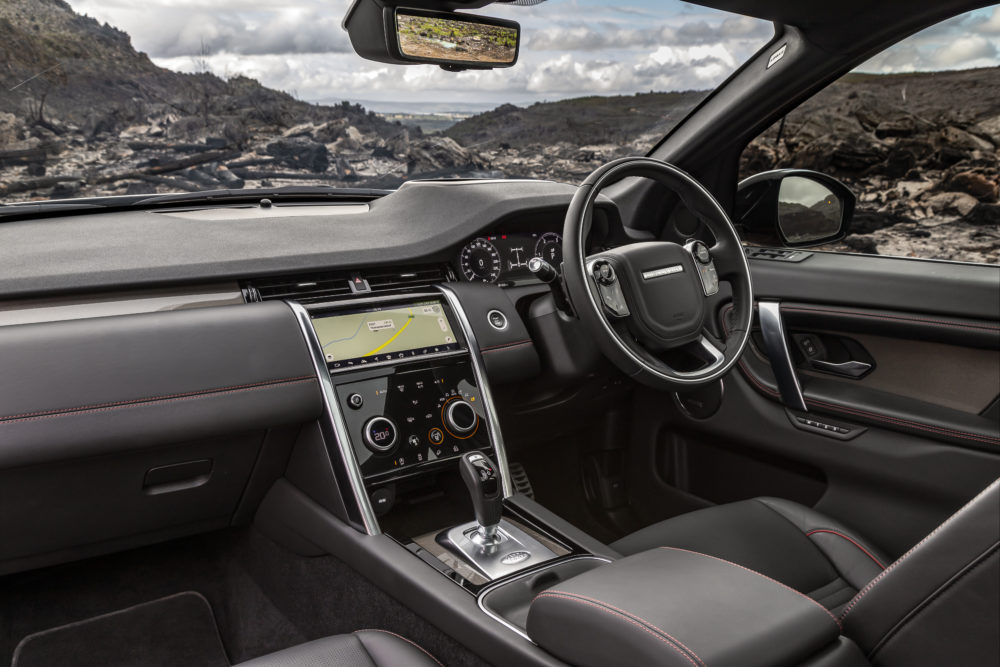 Step inside and the interior feels like a leap ahead from the previous generation, with more luxurious feeling materials used throughout the cabin including rich leather seats and well-padded door finishes. The use of technology that has trickled down from the full-fat Discovery and even Range Rover products is very welcome too, making the interior feel thoroughly modern. A configurable high-definition 12.3-inch digital drivers display and a new 10.25-inch touchscreen infotainment system along with lashings of glossy piano-black trim are responsible for lifting the interior ambience. The clever ‘hidden-until-lit’ lower controls feel futuristic. The blank panel illuminates when used and manages the multitude of off-road settings of the Terrain Response Two system as well the heating and ventilation controls. Once it’s all figured out the unique system works well and neatly declutters the facia. 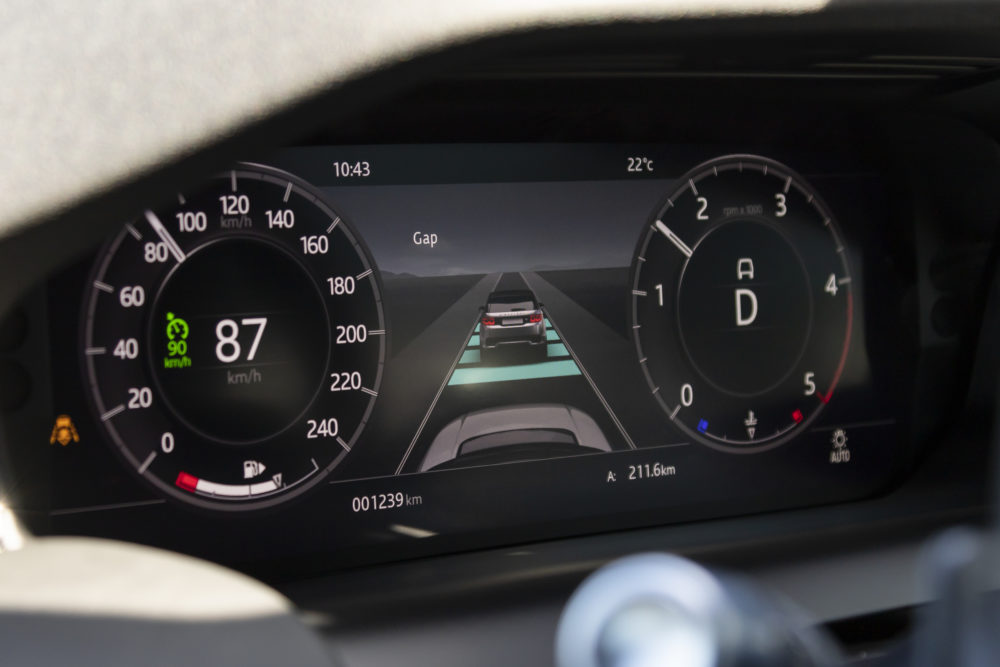 On the open road, the ride is composed and refined with only a slight rumble from the large tyres fitted to our test unit penetrating the cabin over rough tar. With the optional adaptive dampers fitted the suspension is pliant over bumps and well-controlled through the bends, it does feel its weight tough at around two tonnes. The impression from behind the wheel is that of a vehicle that’s solid and comfortable yet it does not feel as dynamic as a BMW X3 in the corners nor as sophisticated as an Audi Q5 over sharp road imperfections and patchy road surfaces.

It’s when the going gets tough that the Discovery Sport truly comes into its own. On gravel the ironing out of ruts and bumps is exemplary offering a sense of confidence even when travelling at speed over a loose surface. This sense of control over dirt roads is thanks to the sophisticated off-road computers, an intuitive four-wheel-drive and a meaty yet accurate feeling steering setup that offers more feedback through the palms of your hands than many of its rivals. 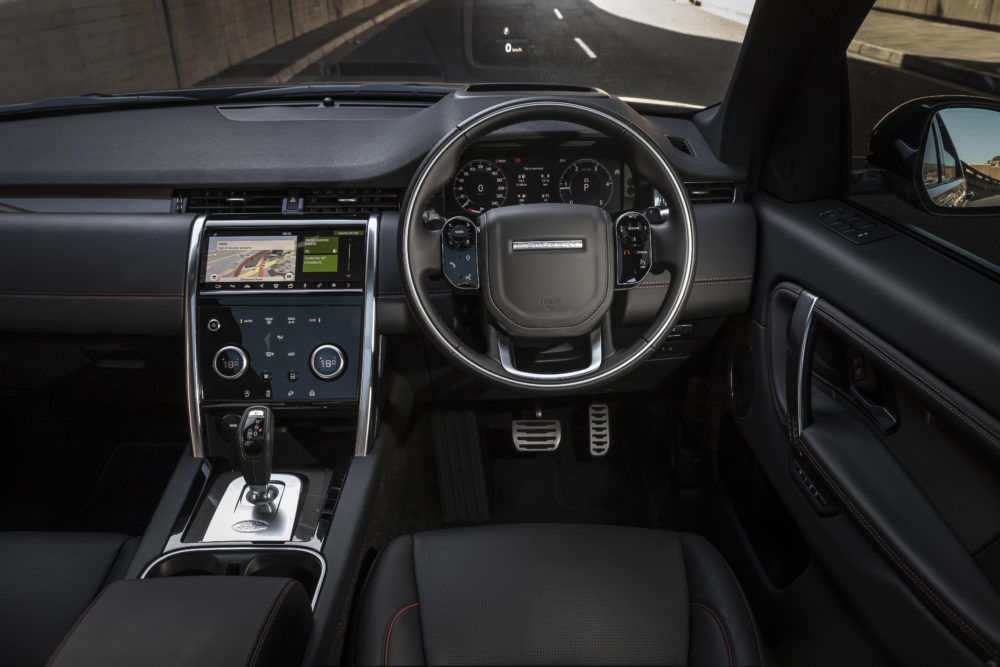 Driven on a technical off-road track that featured steep inclines and slippery declines, sand and exposed rock surfaces as well as deep ditches that put both car and driver to the test the Disco Sport proved its talent as an overland vehicle. With the various driving modes part of the Terrain Response Two system and some serious off-road hardware including a locking rear differential it made light work of the obstacles thrown at it even when only three wheels were touching the ground. Sure, not many owners of pricey SUV’s will take their vehicles for tough off-roading in the fear of scratching their shiny wheels, but the Discovery Sport won’t disappoint if they do and a 600 mm wading-depth is something worth bragging about. The 430 Nm produced by the turbo diesel motor is available low down in the rev range and the new slick-shifting nine-speed transmission make tackling rough terrain a fuss-free affair. 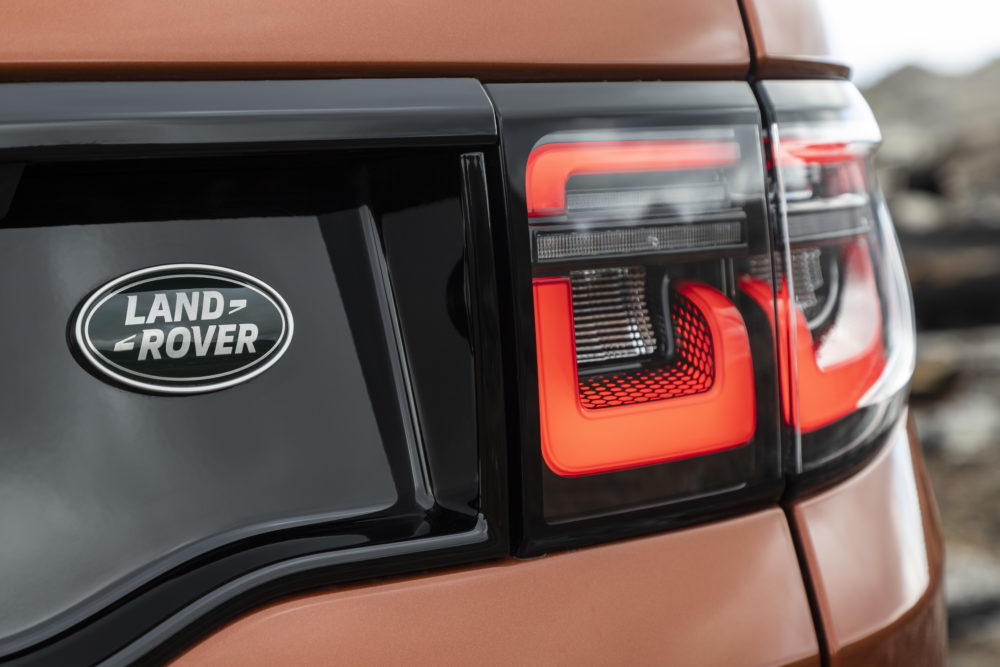 The Discovery Sport may not be an outright class leader in this lucrative segment but it makes a very strong case with its breadth of talent and pricing that’s on par with competitors considering the ever-increasing Pound/Rand exchange rate.  What sets the Disco Sport apart is the option of seven seats in this segment and Land Rover’s trademark off-road capability while delivering its performance in a refined package thanks to the punchy diesel motor and smooth new gearbox. The new looks, composed ride, added luxury and indulgent interior make it a compelling entry-point to the Land Rover brand. 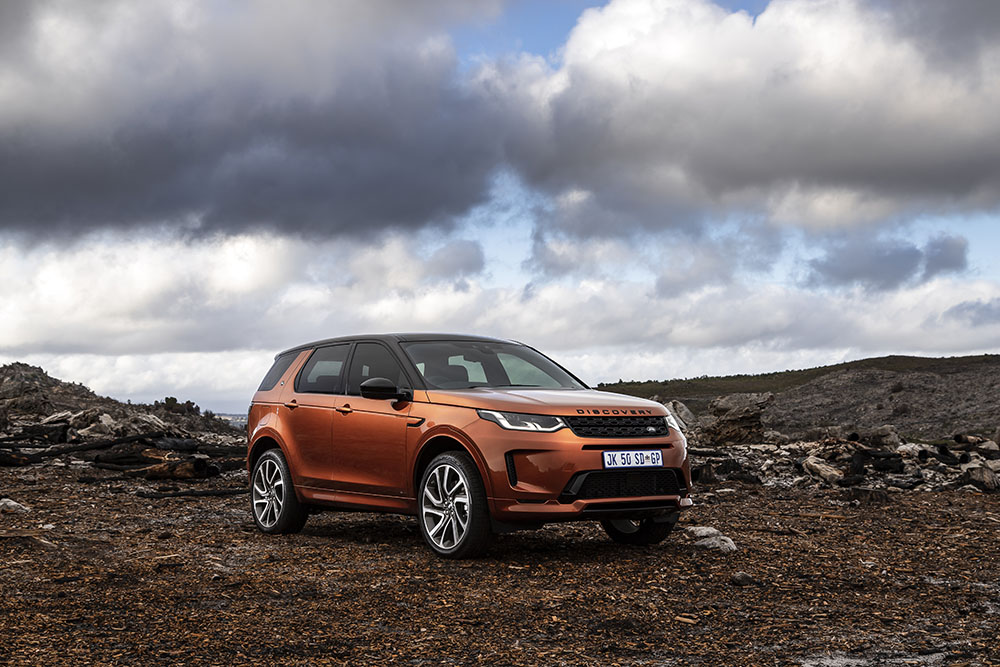 Only two engine options for now 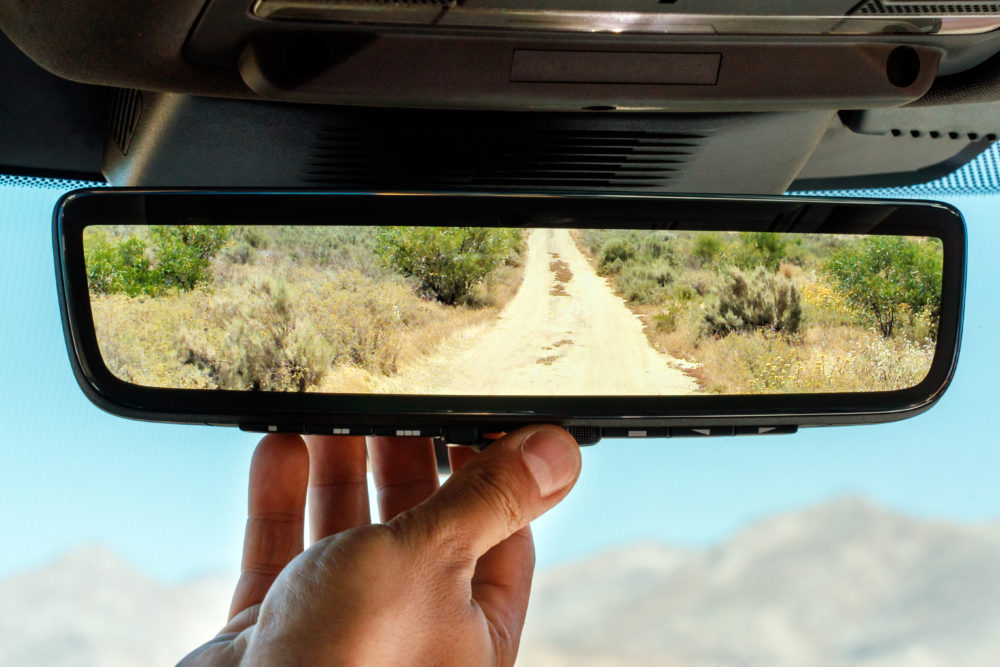