With the fresh Suzuki S-Presso launched in South Africa, Suzuki is looking to further establish its position as a leading automotive brand here in Mzansi.

This comes following a best-ever sales month recorded locally for the brand in October 2019 where 1 629 Suzuki units were registered. Much of this success is attributed to the fact that the majority of Suzuki models sold in South Africa are designed, engineered and manufactured by automotive giant Maruti Suzuki in India. To put the Indian brands enormity into perspective, in December 2019 Maruti Suzuki sold a whopping 124 275 units in India, excluding exports. By comparison, the entire South African passenger car market managed 41 698 only over the same period. 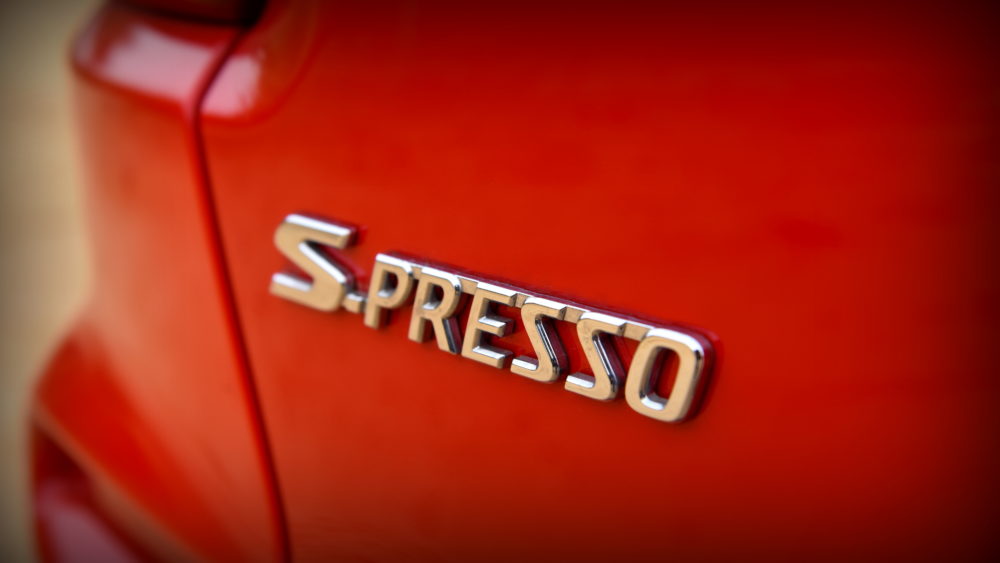 The Celerio, Swift, Swift Dzire, Ignis, Ciaz, Baleno and Ertiga are Indian-made Maruti Suzuki models. All of which share a similar ethos of value-for-money, interior practicality, fuel-efficiency and mechanical reliability. The S-Presso launched in India in September 2019 promises to share the same core values while targeting emerging millennials it has already secured its position as the 9th best selling car in India. Young, educated and driven by individualism potential Suzuki S-Presso buyers are under untold societal pressure and face grave economic concerns. Regardless of the adversity freedom and mobility is a high priority for young working individuals. Suzuki has shown to have done extensive homework in the past, so let’s see what the S-Presso is all about.

Billed as a mini SUV the S-Presso is one bold city car. It has upright A-pillars, thick C-pillars and squared-off wheel arches much like your common school-run crossover. It offers a unique road presence too especially the Soul Fire Red and Solid Sizzle Orange models we had at our disposal for testing. A C-shaped light cluster in the tail lamps and LED daytime running lights on higher-spec models all assist in its strong diminutive presence. The S-Presso stands tall with a healthy 180 mm of ground clearance perfect for curb hopping around town although the 14-inch wheels are thankfully larger than that of its closest competitors locally they do manage to look a little lost in the arches. Sure, aesthetic design is entirely subjective so let us know what you think of this Mini SUV’s looks. 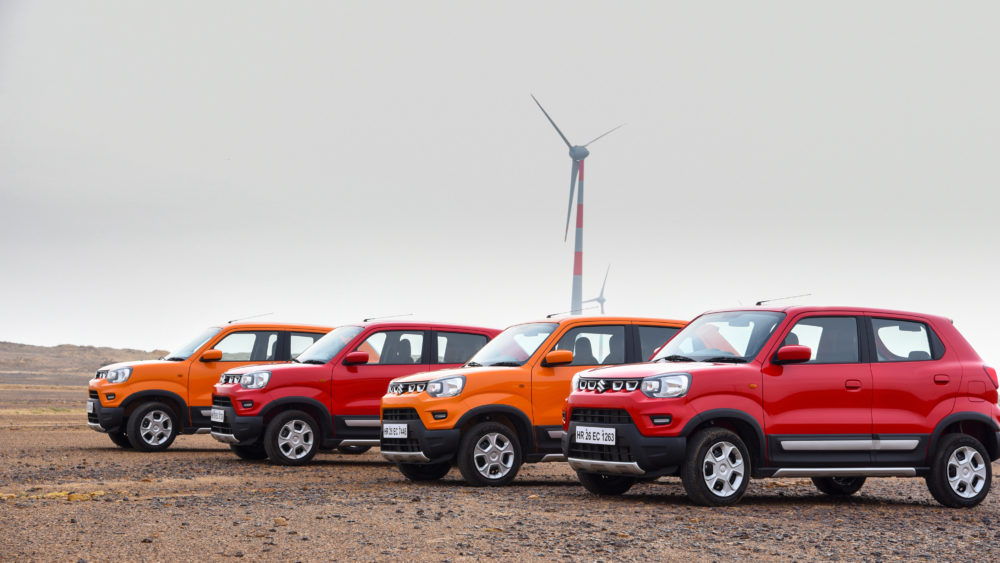 The S-Presso may have a small footprint on the road and with a length of only 3 565 mm it may seem comparatively tiny when parked next to a run-of-the-mill hatchback for example, however, once inside it demonstrates clever interior packaging with impressive spaciousness and practicality. The S-Presso is built upon Suzuki’s fifth-generation Heart Tech platform. The same basic lightweight construction shared with the Swift and Etiga and the result is impressive versatility considering the exterior dimensions. At 179 cm tall I managed the industry-standard ‘sit behind yourself test’ with ease. Legroom and headroom for rear occupants is sufficient for adults and a luggage capacity of 240-litres is more than acceptable for a vehicle of this size. 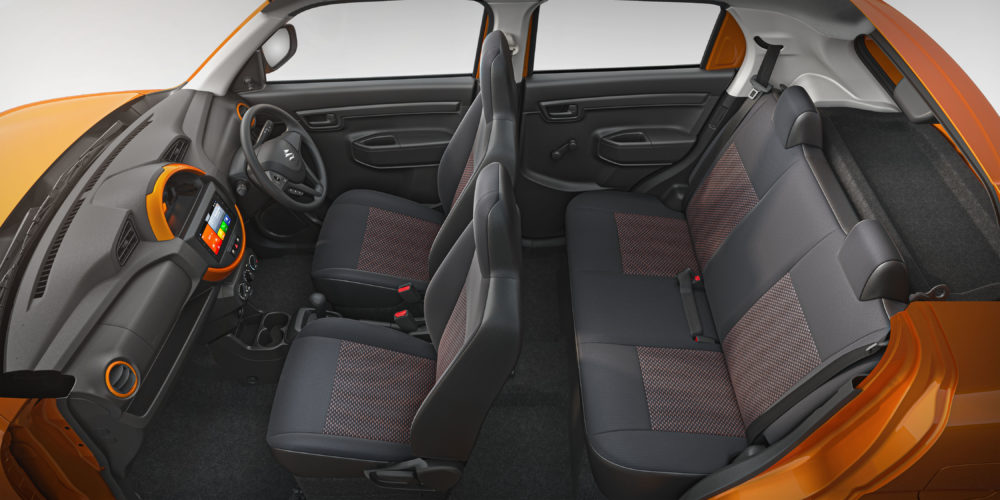 The models we drove in the Indian desert town of Jaisalmer were fitted with safety features including seat belts with pre-tensioners, a rear park assist system, two-airbags, ABS (anti-lock braking system) and EBD (electronic brake-force distribution). The interior was fitted with a seven-inch touchscreen infotainment system, front-electric windows, a powerful air-conditioning system and a steering wheel-mounted controls.

The light S-Presso body is propelled by the familiar K10 three-cylinder petrol engine we’ve come to know from the Suzuki Celerio. It produces a modest 50 kW and 90 Nm and is mated to a five-speed manual transmission. The combination of a light body and an engine that is willing to pull makes for a pleasant driving experience. Our test route was a short stretch but offered enough to provide a strong first impression. With light steering and long-travel suspension, the S-Presso is set up well for tackling the everyday hazards of driving in urban environments. At speeds of around 80 km/h, the S-Presso did exhibit body roll through some of the sweeping bends but it never felt unsettling and offered respectable levels of noise, vibration and harshness penetrating the cabin. 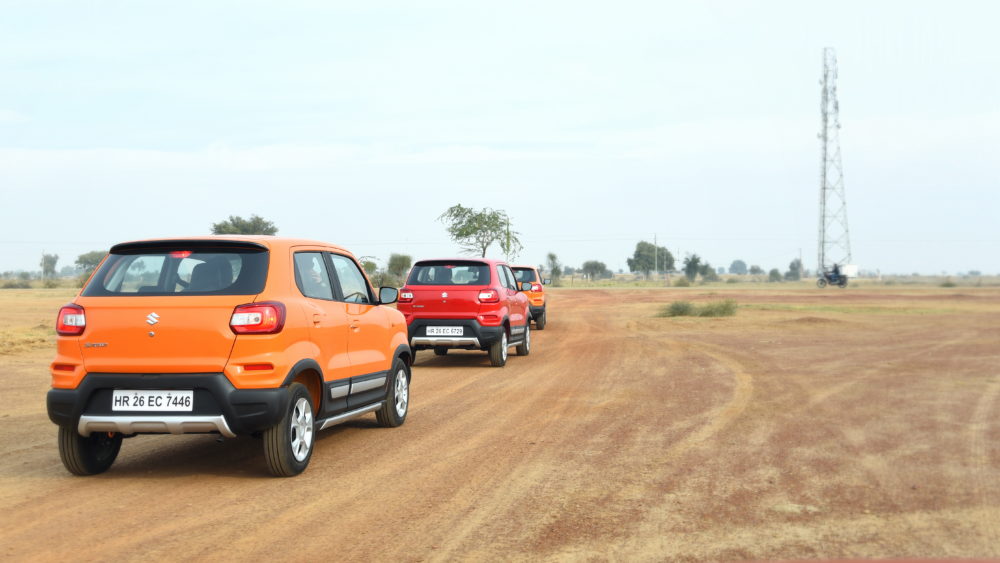 With local pricing for the S-Presso between R134 900 and R160 900 it directly challenges the likes of the popular Renault Kwid and Datsun Go and from a financial point of view, it caters well to its young target market kicking off the range with the most affordable new car in the country. With an advanced platform shared with its larger siblings offering impressive interior room, mucho looks, a supple suspension and light steering the Suzuki S-Presso looks to be a promising alternative in the highly-contested budget car market. 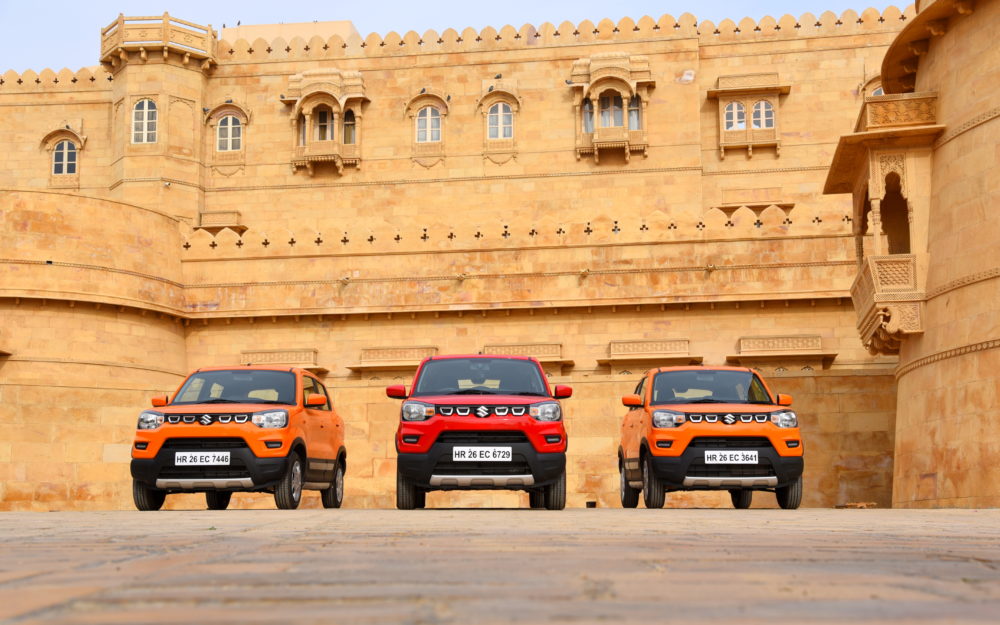 Unique central facia design not to all tastes, lack of height adjustment on the driver’s seat could frustrate taller drivers 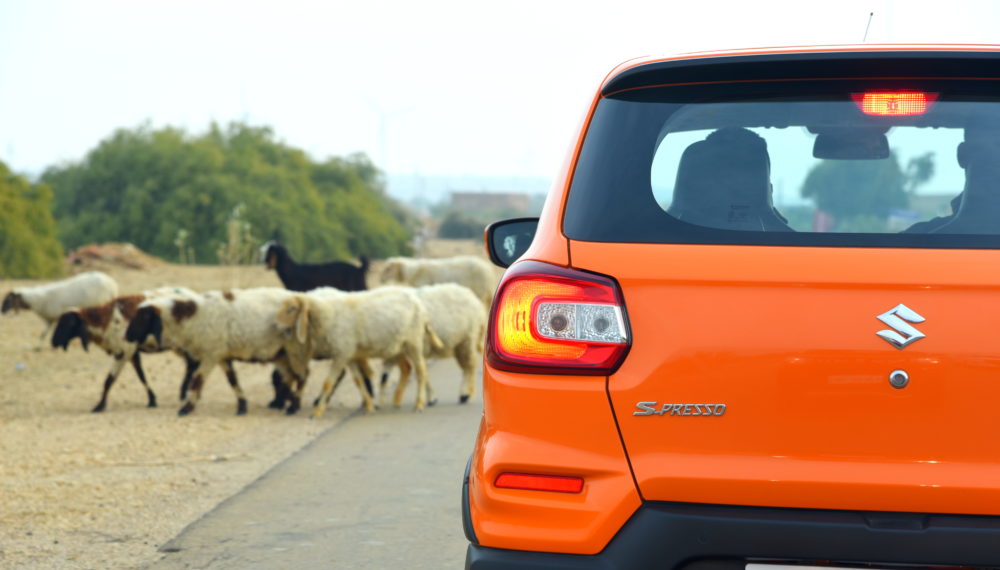 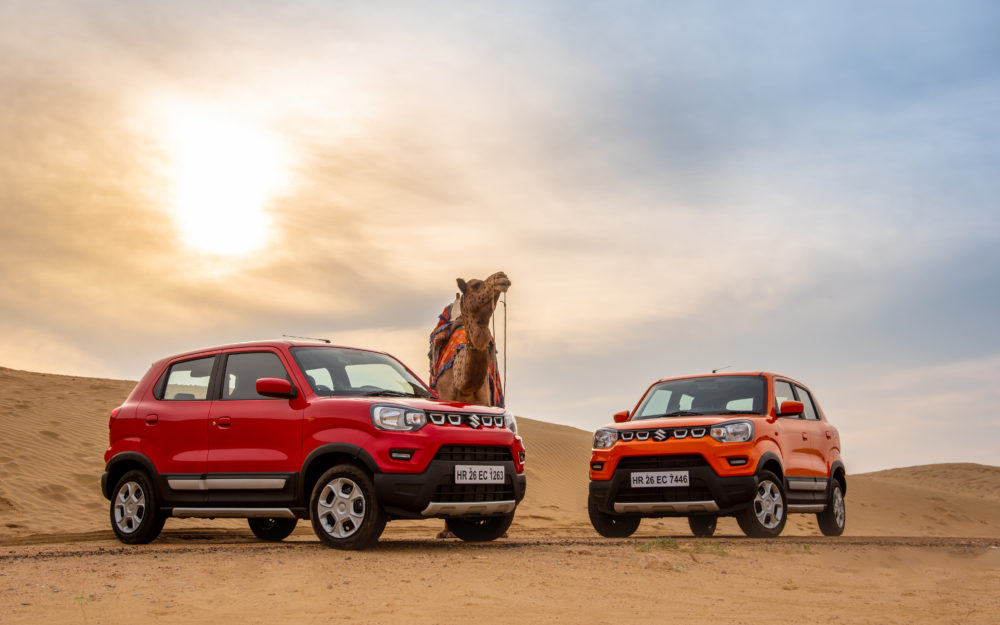