The Toyota Corolla is a legendary automotive name and cashing in on the heritage and trust associated with the name, the Toyota Corolla Quest formula remains unchanged with the introduction of this new generation. The car you see before you may look a little familiar, and that is because it is. The latest Corolla Quest is, in fact, an eleventh generation Corolla and all things considered, this is by no means a hardship. Add a few badges, remove some features and adjust the cost considerably to a more affordable level. This is the strategy that ensured the success of the first Corolla Quest which arrived back in 2014 along with the introduction of the out-going Corolla model. Considering that the automotive C-segment is in terminal decline the Toyota Corolla and Corolla Quest have battled against the odds remaining strong sellers locally making it clear that this formula should again work for Toyota South Africa. 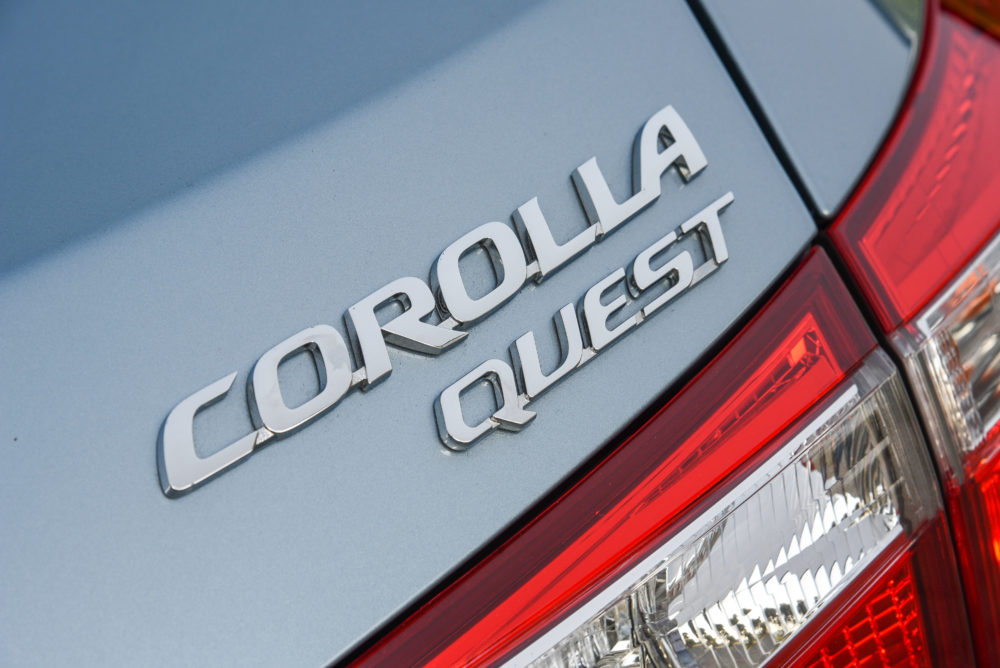 The Corolla Quest project is unique to the South African market with all Quest models assembled locally. The exterior design has been mildly tweaked to differentiate between it and the out-going Corolla. Compared to the Quest it replaces in Exclusive guise particularly it certainly looks more modern and upmarket. We are yet to see lesser specced Quest models in the flesh though. The main changes include the front fog lights having been discarded on all Quest variants whereas the base model and mid-spec Prestige units are available with a black exterior front fascia and black decorative strips on the headlamps. The range-topping Exclusive model seen here is offered with matching body colour units and 16-inch alloy wheels that can be found on the current generation Corolla. 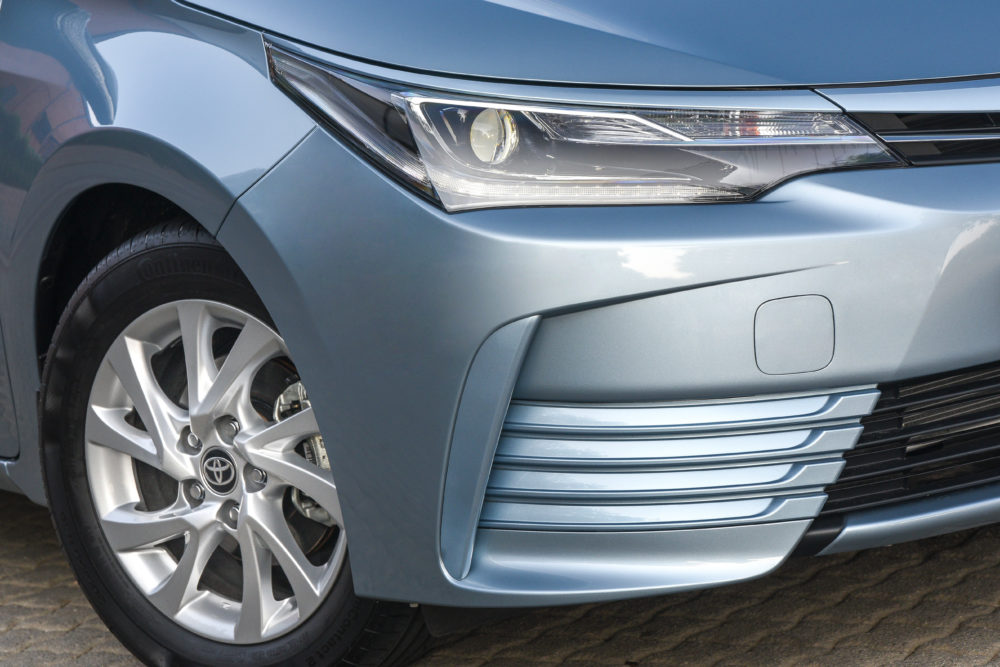 The interior is all very much basic Corolla, there’s nothing to offend yet very little to excite. There are some soft-touch materials in well thought out areas of the cabin and the Exclusive model is a pleasant place to be with a black leather interior with contrasting silver stitching and a leather-wrapped steering wheel. This model comes fitted with a six-speaker touch screen infotainment system. Cruise control, reverse camera, rain-sensing wipers and posh LED headlamps. Mostly impressed by the standard specification on this range-topper it’s a little disappointing to see that only one USB port is available and that there is no height adjustment on the front passenger seat. Rear passenger space is more than adequate for a vehicle of this size and a boot offering a claimed load volume of 452 l should prove to be more than sufficient for the everyday paraphernalia of most urban families. Only the Exclusive model offers a rear bench with a 60/40 split so loading longer items in the lesser models could prove to be inconvenient. 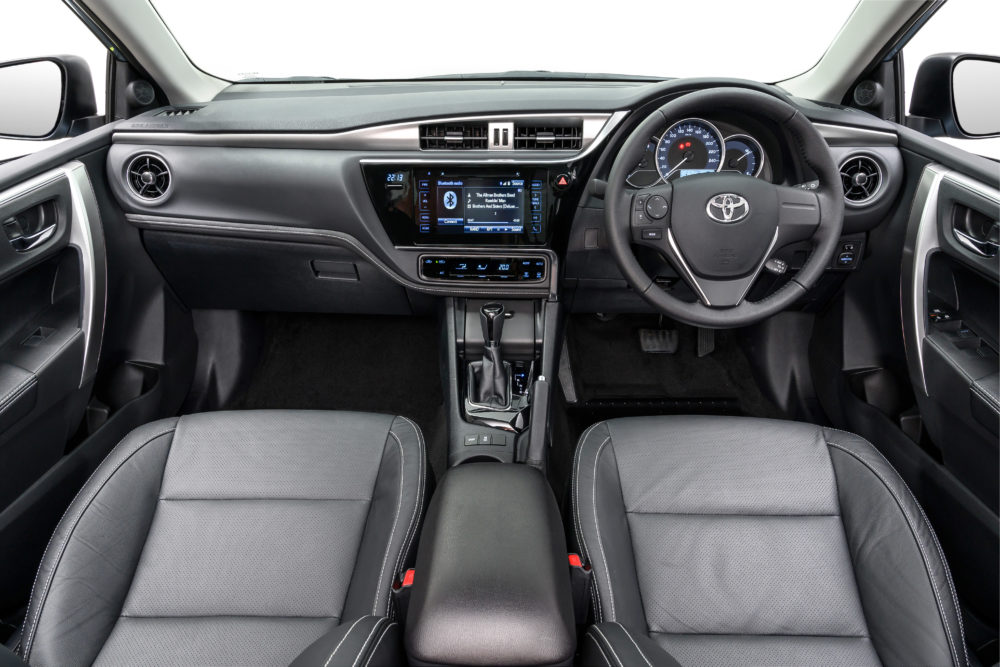 Interestingly all of the new Corolla Quest models are powered by the higher-powered 1.8-litre naturally aspirated engine from the Corolla. The upside is better performance than the 1.6-litre in the pukka Corolla, although it still felt lacking in overtaking punch on our launch drive on the fast-moving highways of Johannesburg. The drive for both the seven-step CVT, as well as the 6-speed transmission, is reasonably refined with only some wind and tyre noise penetrating the cabin at speed. Having driven in sweltering heat as well as torrential rain the new Quest proved to more than up to the task of getting us safely from A to B. Fuel efficiency for the CVT is claimed at 6.3 l/100 km and driven sedately this figure can be realistically achieved. At R317 700 this top Corolla Quest is a considerable R67 200 cheaper than the equivalent Corolla and on first impressions, it doesn’t seem to be much of a lesser car. 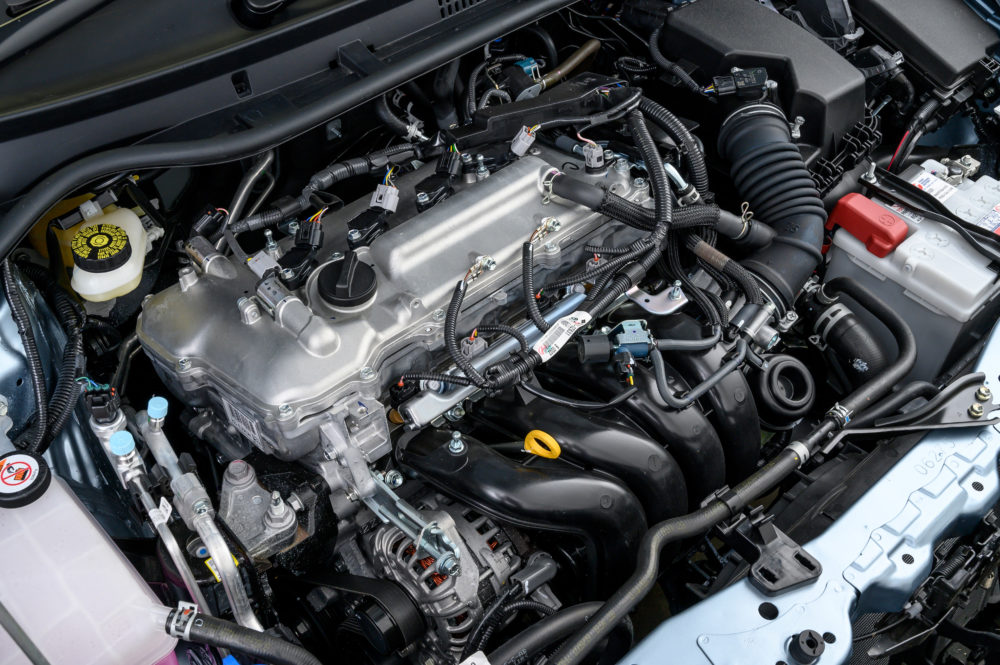 With competitors such as the Fiat Tipo sedan and Suzuki Ciaz grossly overlooked by the public in this segment, the new Quest looks to be in a class of its own. It easily bests the likes of the Honda Ballade, Volkswagen Polo Vivo sedan and Hyundai Accent in terms of space, practicality as well as engine capacity. There are a few rough edges and there’s also the inevitable Uber driver image but these can be forgiven. At the price, the new Quest is a well-considered proposition that should appeal to families looking for fuss-free motoring in the shape of a medium-sized sedan. We look forward to taking a fine-toothed comb to the Quest once a test unit arrives to evaluate whether the overall perceived quality is up to the standard fitting of the fabled Corolla name. 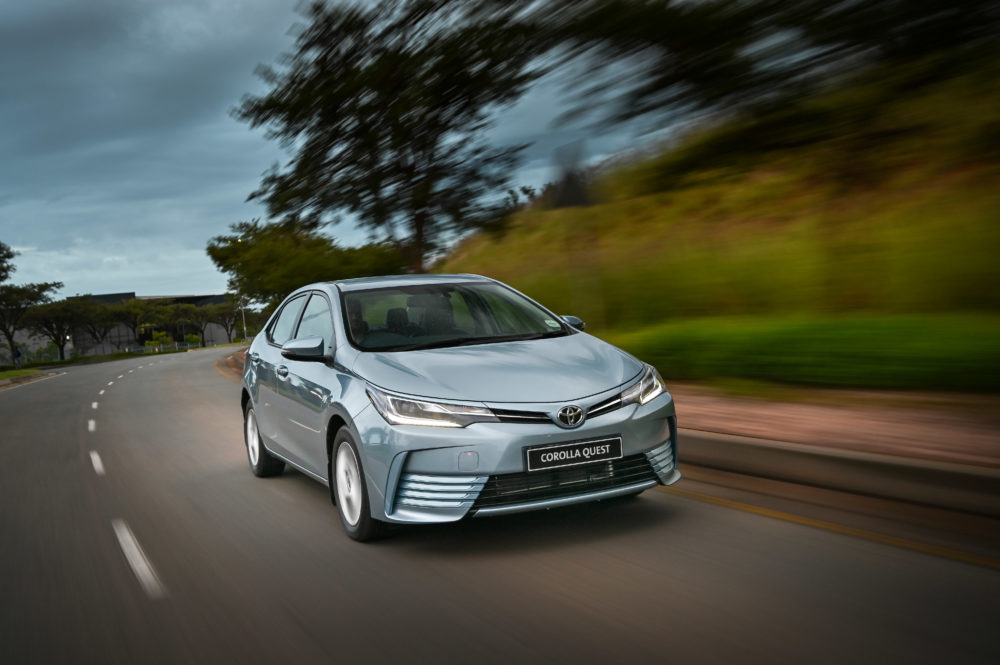 Spacious family motoring offering decent refinement, value for the money and the promise of Toyota’s reputation of reliability

A few rough edges like a row-rent boot carpet and roof lining, the naturally-aspirated engine lacks low-range grunt and is further hamstrung by the transmission 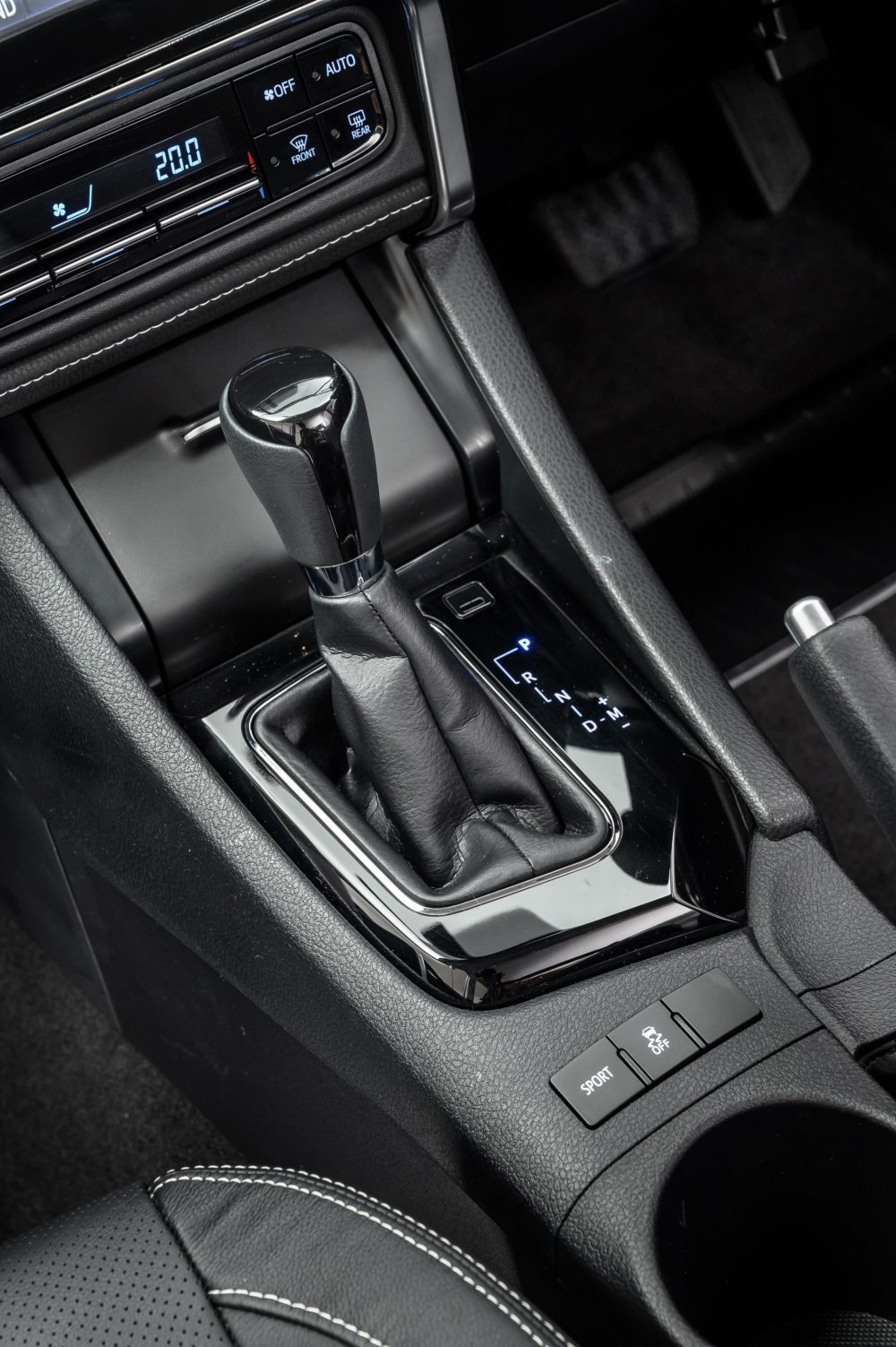 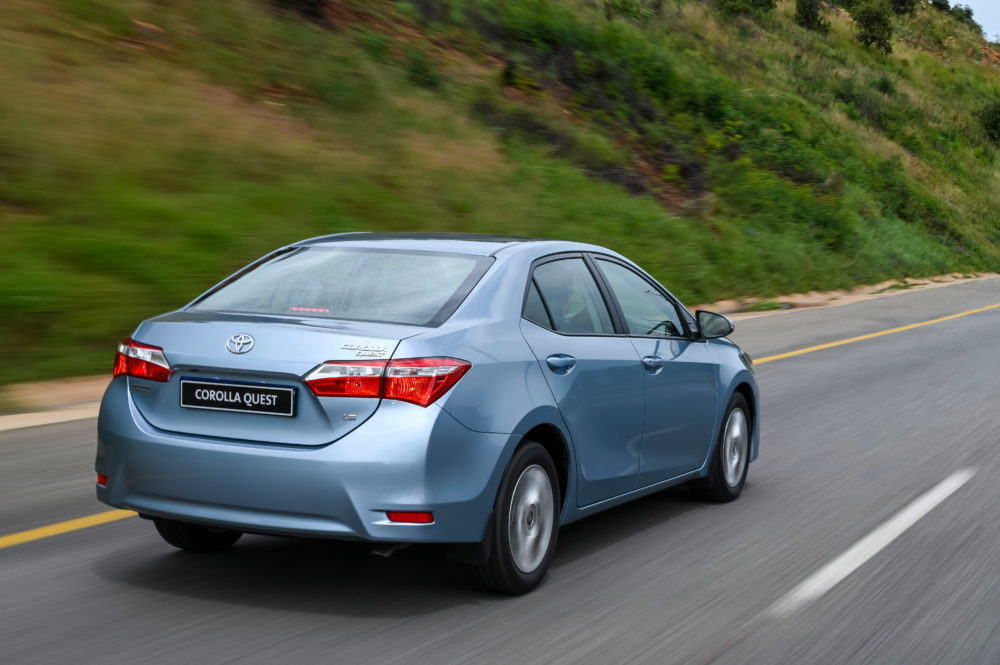