The finest Volvos of years gone by were achingly over-engineered with designs that favoured functionality over form and were imbued with the latest innovations in occupant safety and technology. Enter the Volvo S90, today, a vehicle that shares the safety principles that made its ancestors so popular and then some. Styled by a sleek yet chiselled design resembling a well-tailored suit fitted to your favourite in-shape James Bond actor, the S90 is one of the most handsome amongst its accomplished yet mundane competitors. It’s only fitting then that I headed to the fine countryside roads that surround the Cape Winelands. 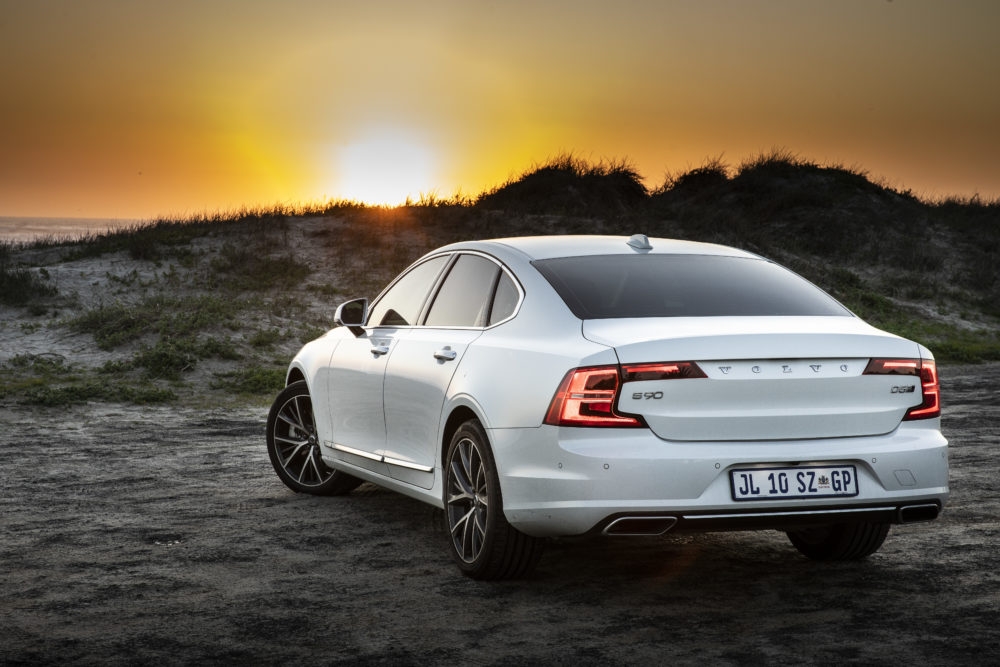 Penned by then Volvo design boss Thomas Ingenlath, the man responsible for the recent aesthetic rejuvenation of Volvo products, the S90 takes inspiration from the timeless P1800 coupe with its bold twenty-three toothed grille set between Volvo’s signature Thor’s Hammer LED daytime driving lights. The S90 is an exceptionally large executive sedan measuring nearly five metres long with smooth bodywork and prominent lines that soak up the Cape’s winter sunshine. The elegant and sophisticated look is emphasized by subtle reminders of Volvo’s attention-to-detail offered by this Inscription model thanks to well-proportioned 19-inch alloy wheels and lashings of chrome detailing. 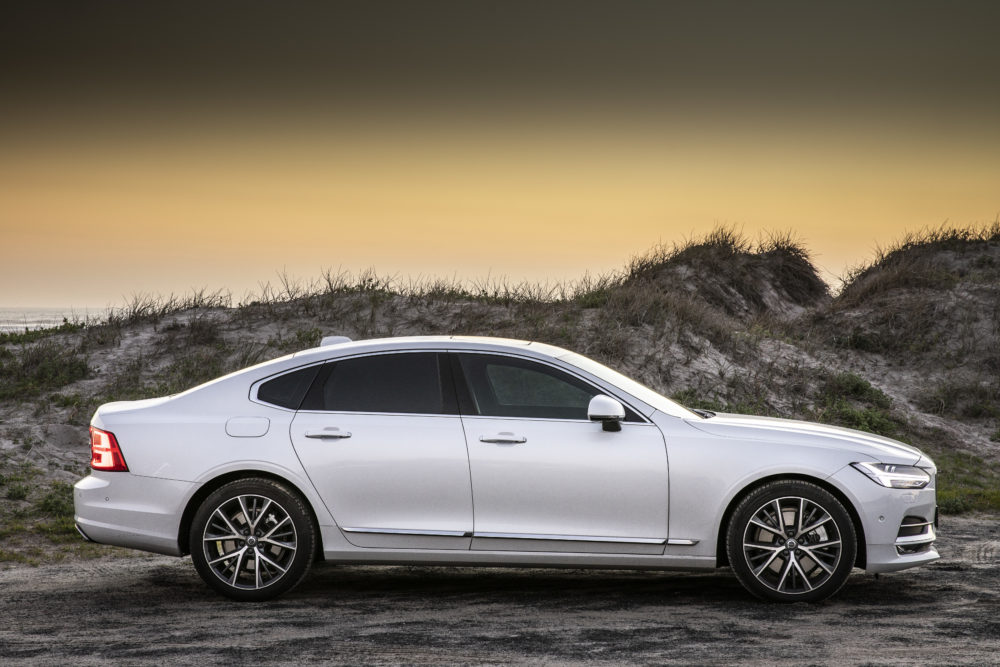 Step inside and the classy design execution continues. The interior is plush and feels like a thoroughly modern place to spend time. Swathes of indulgently luxurious Nappa leather line the seats that are both supportive and comfortable with electrical adjustment for the front chairs. Optional heated seats with a vigorous massaging function for both the front passenger and driver add to the sumptuous ambience onboard. The steering wheel and inner door cards receive the same opulent leather treatment with padded and stitched leather running down from the window sill to the door bins. 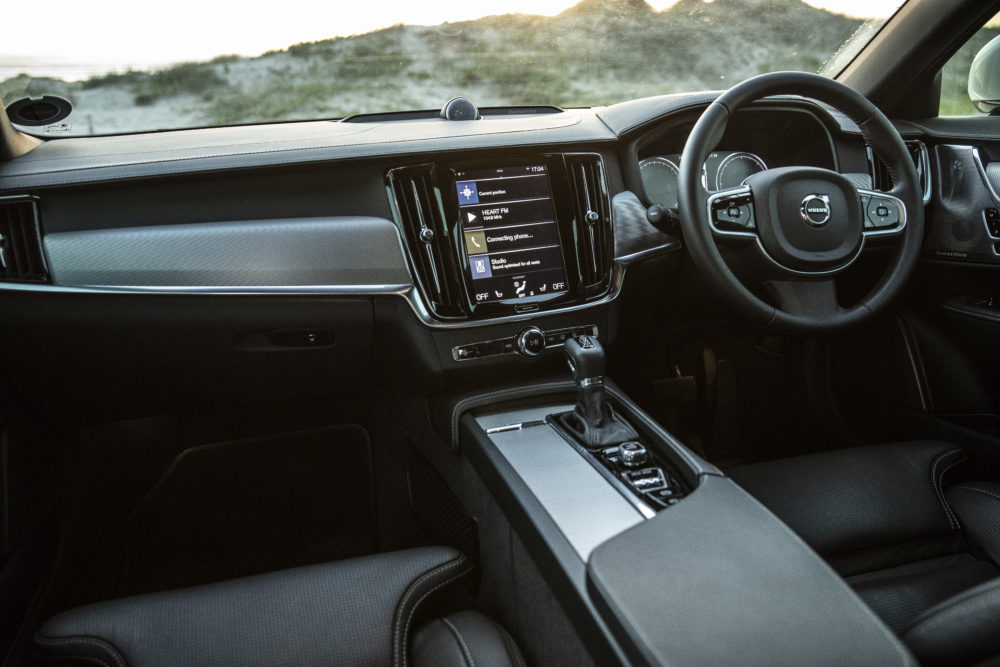 The vast facia houses metallised vertical air vents with solid metal knobs that offer a jewellery-like finish aside the unique nine-inch portrait-oriented touchscreen. Dubbed the Sensus Connect system, the touchscreen is responsible for operating the majority of in-car controls including functions like the climate control, phone connectivity and on-board media as well as selecting between the various traction control settings as well as selecting between the plethora of safety functions available. 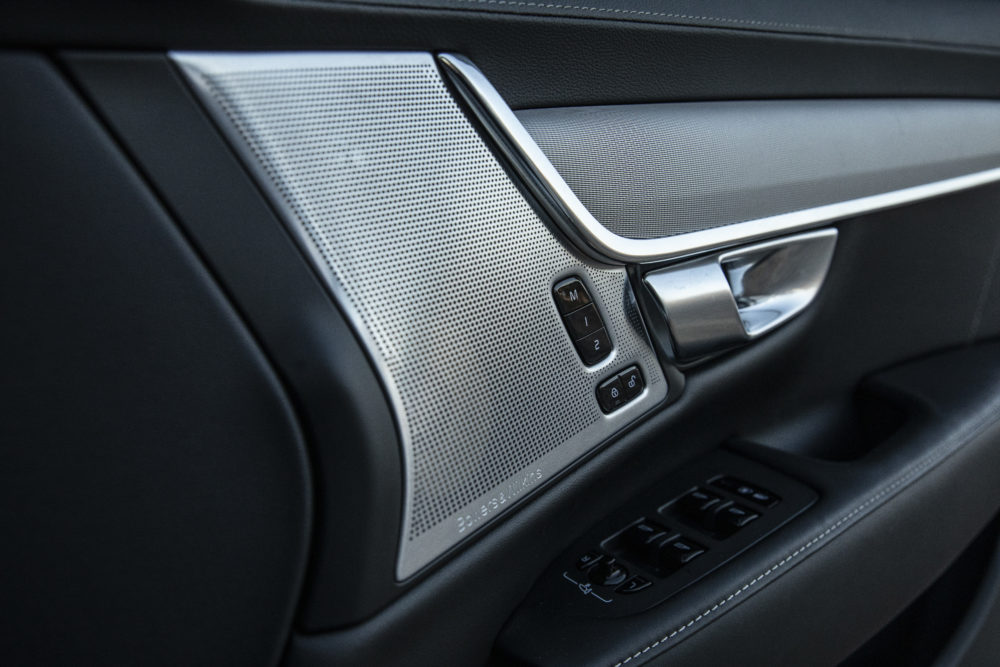 The safety technology onboard is comprehensive including six airbags, pedestrian and large animal detection, emergency braking and intuitive adaptive cruise control as standard. The latter is a system where the vehicle is able to maintain a safe following distance at a set speed from the car in front without the driver needing to cover the brake pedal. This technology could prove to be a very handy feature for those long-distance cross-country trips. Taking things a step further is the Pilot Assist system that effectively steers the vehicle in the middle of the lane and can operate for around 15 seconds without the driver making any steering inputs. It’s mind-bending as to how far this technology has come. 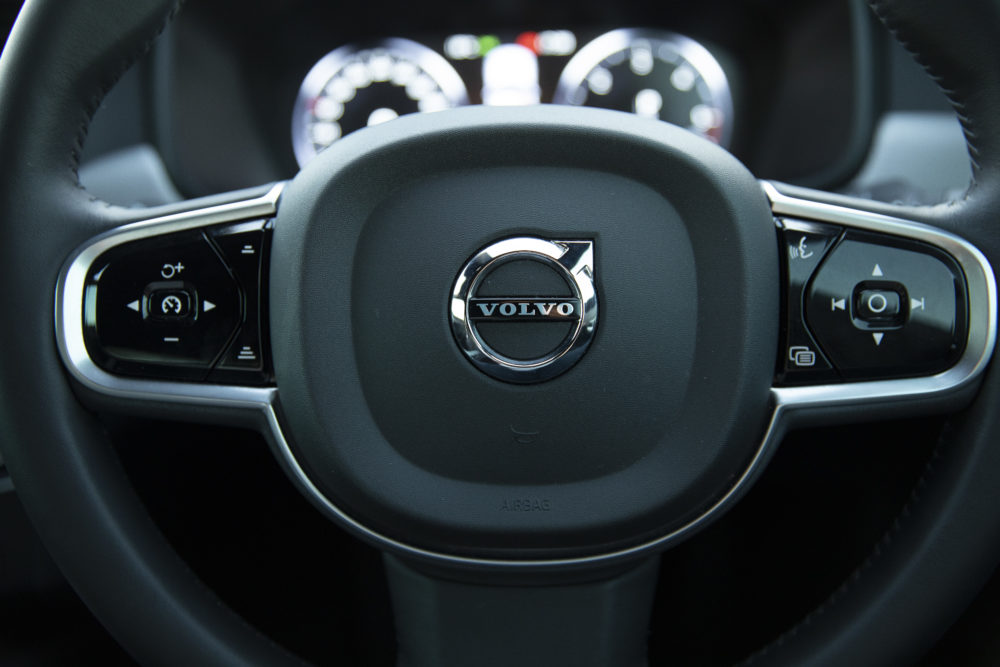 On the flowing and undulating roads between Villiersdorp and Hermanus, the S90’s ride was rarely flustered thanks to the supple suspension handing most bumps with little fuss. Only seriously rough tar and sharp road imperfections penetrated the otherwise whisper-quiet cabin. From the inside, it’s difficult to tell that the D5 is in fact powered by a clattering diesel motor. Crack the window and you’ll notice double-glazed glass on all four portals insulating occupants from the harshness of the outside world. Our test drive was conducted during a typical Cape storm. These are often harsh acts of nature, with wind speeds of 50 km/h and torrential rain. Inside the S90 however, you’re cosseted from the outside environment and all-wheel-drive offers confidence behind the wheel in slippery conditions. The double-glazed glass is one of many neat touches that display the Swedes attention to detail in their efforts to suppress ambient sound. Sure around R913 416 is no small amount of cash, however, double-glazed glass is often only seen on obscenely priced luxury cars. 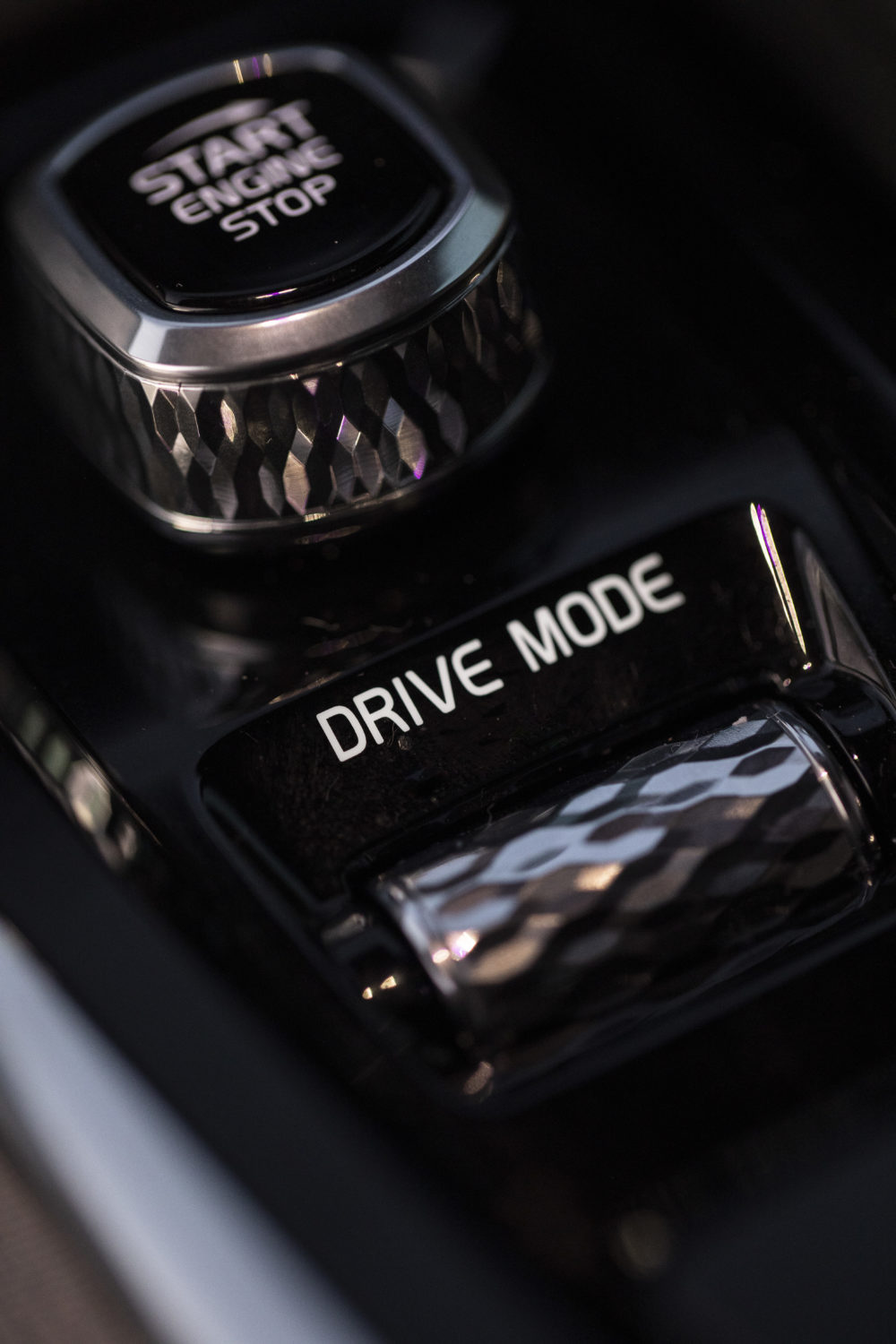 The 2.0-litre diesel motor seems a little out of place in a car this large but it is boosted by two turbochargers producing healthy performance figures of 173 kW and 480 Nm. The twin-turbo motor uses technological wizardry called PowerPulse, in the pursuit of lessening the effects of turbo lag. The system utilises an auxiliary 2.0-litre chamber of compressed air that injects pressure into the turbochargers at low speeds for instant boost. It’s a clever solution to an age-old problem of turbocharged cars and it works offering smooth and uninterrupted progress with strong in-gear acceleration as the 8-speed automatic works seamlessly in the background. At an indicated cruise of 120 km/h the rev counter reads only 1 800 rpm. This low cruising engine speed makes the D5 an ideal luxury high-speed tourer and after about 750 km driven over a week, the large sedan returned an acceptable 7.2 L/100 km, although far off the unrealistic claimed fuel economy figure of 4.8 l/100 km. 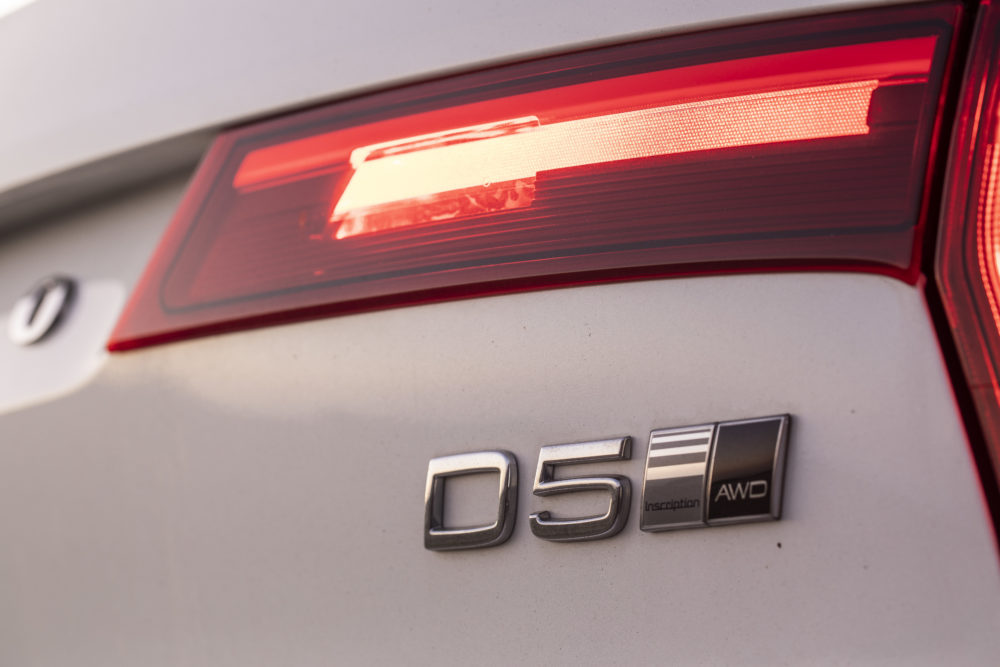 All things considered the Volvo S90 D5 AWD Inscription ticks many important boxes for a vehicle of its kind. It excels with a head-turning exterior, sumptuous luxury, spaciousness, a modern interior as well as its strong innovative engine. Indeed, we are living in the age of the SUV, however, the large executive sedan remains a less compromised package that handles better thanks to a low centre of gravity. The S90 goes the distance with the best of SUVs in terms of style and prestige while offering enough space for most families. However, if you have your heart dead-set on a luxury SUV find out which we’d have in a test between the Volvo XC90 and Audi Q8. At the price, the S90 got strong competition, however, few offer as generous standard kit and as much aesthetic character. 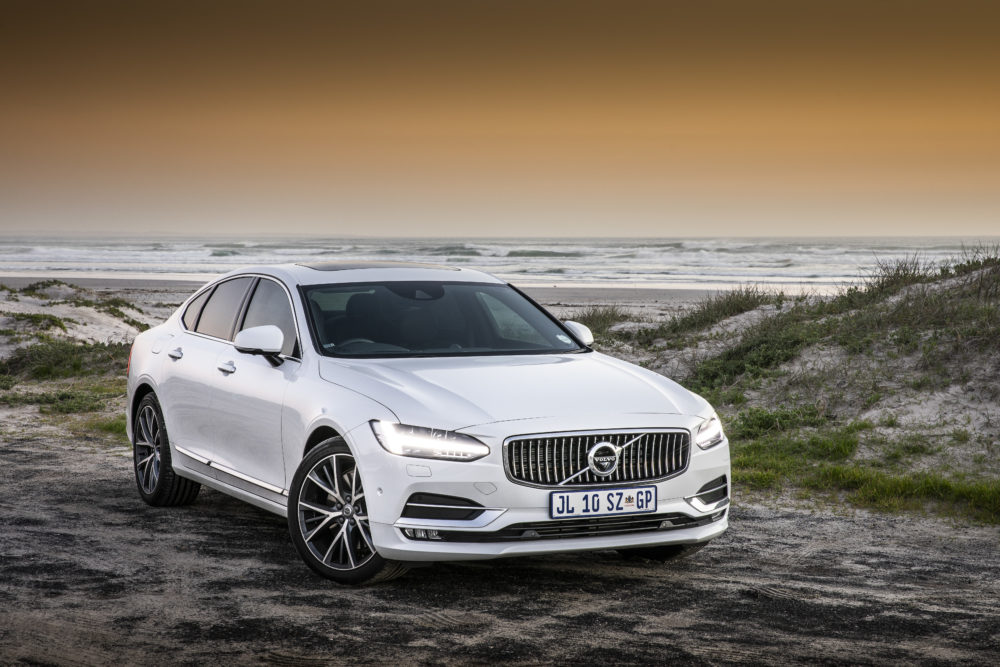 Fine Swedish luxury proves to be a compelling alternative

Choice options could add up quickly 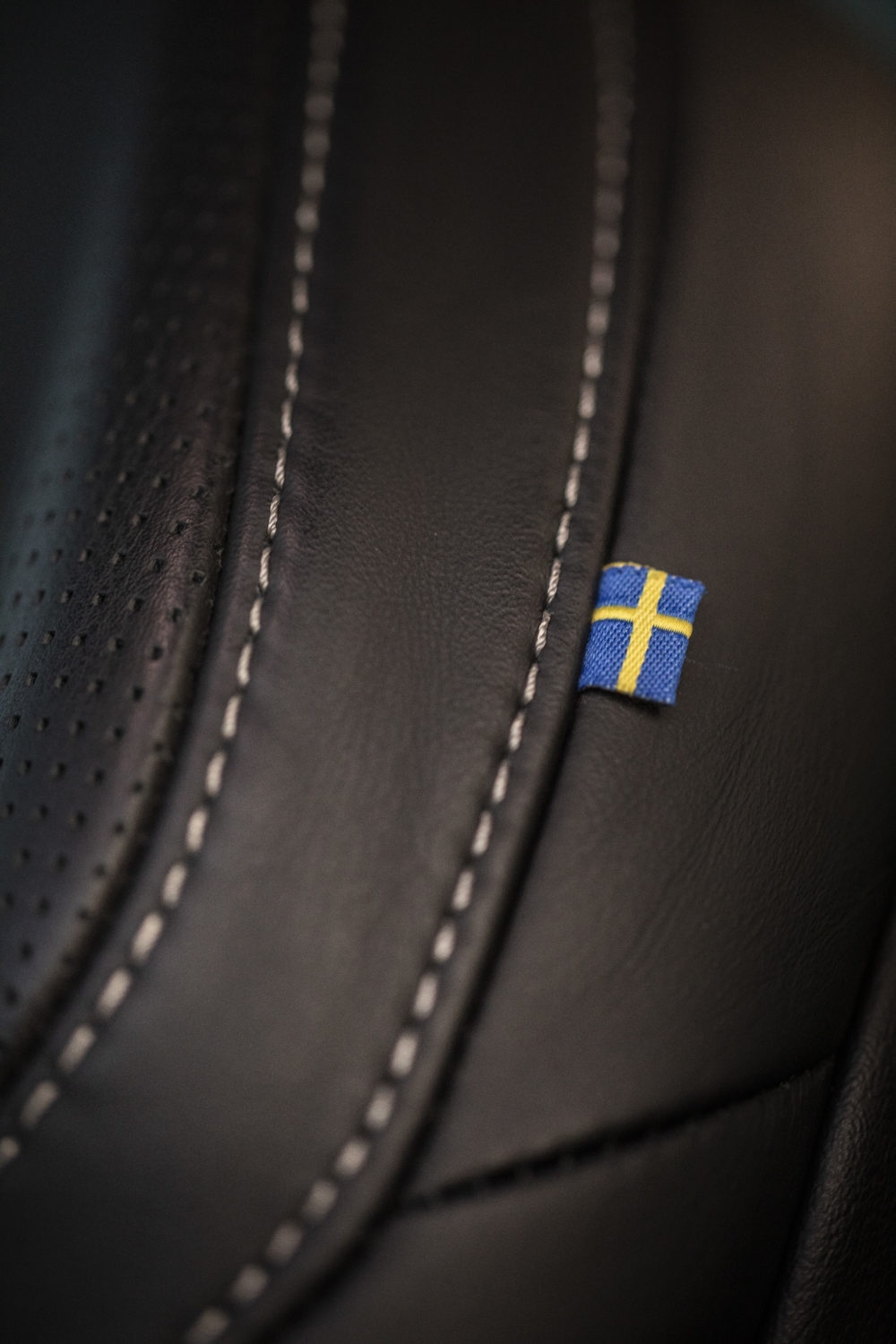 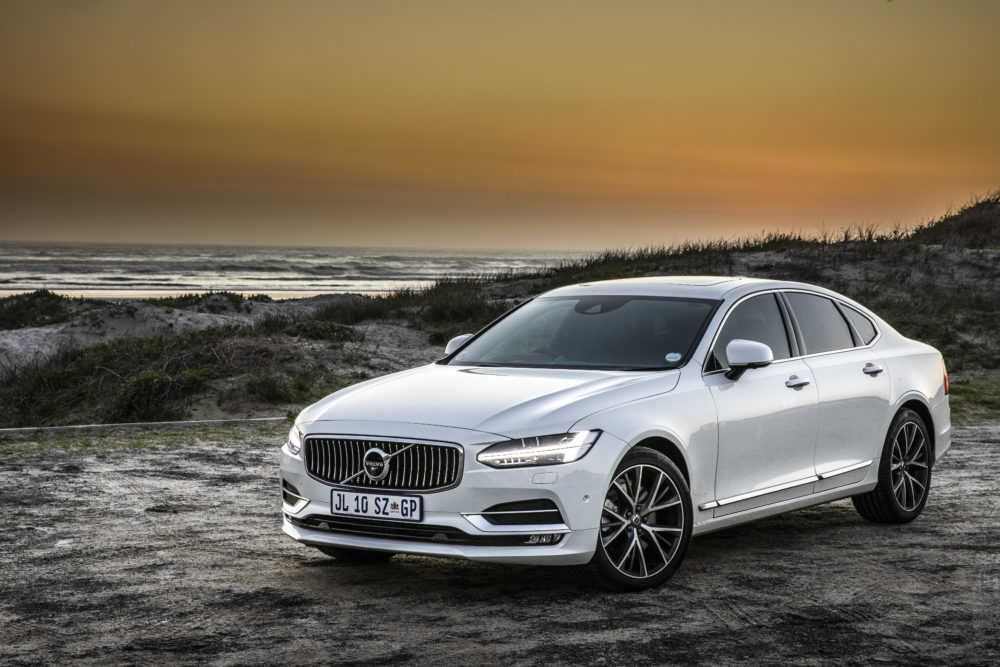