The Goodwood Festival of Speed (GFoS) is known as a leading motorsport festival where many motorsport fans, famous cars old and new, and world class drivers gather, usually around July every year. 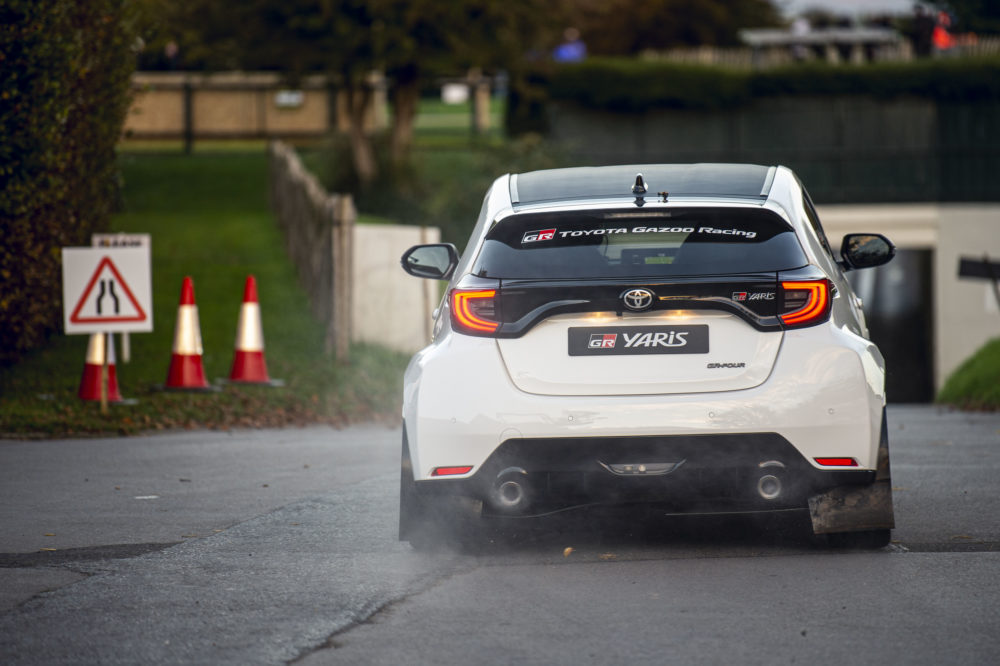 The 2020 festival was postponed due to the consequences of the COVID-19 pandemic, while a no-spectator event was held in its place as the Goodwood SpeedWeek. Scenes from the event were “broadcast” worldwide over the Internet.

In the rally stage (Rally Sprint) held at the event, the new GR Yaris was driven as the zero car. In addition, in the Motorsports Circuit special stage (First Glance), the GR Yaris was showcased to the ‘public’ in the metal for the first time ever. 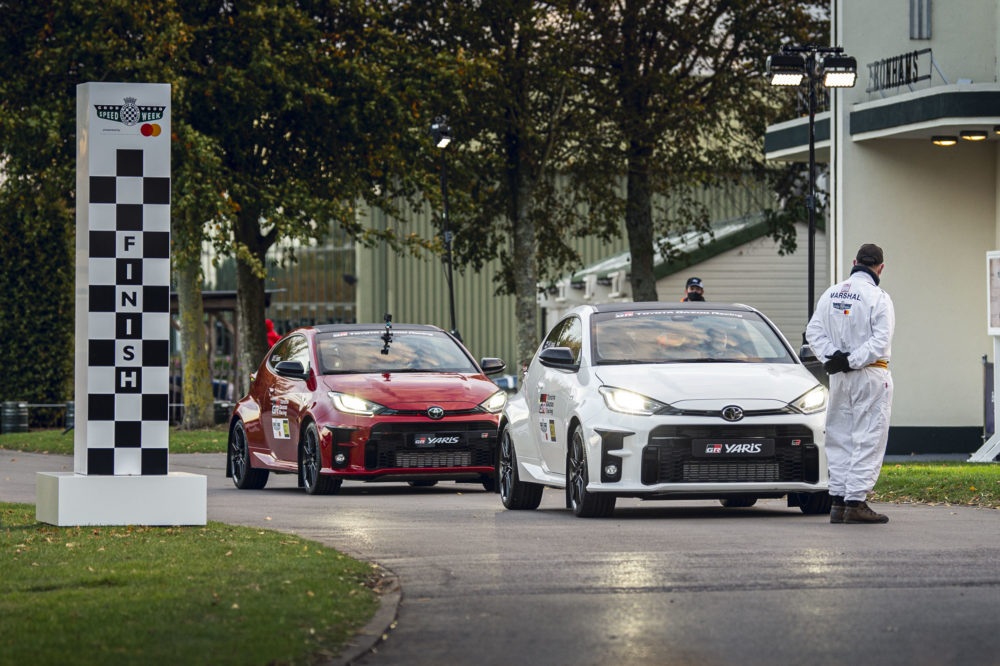 The reason for this dynamic debut is that the design of the GR Yaris incorporates lessons learned from the Toyota Gazoo Racing World Rally Team (WRT). Based on the desire of master driver Morizo to “restore the Toyota sports cars,” the new GR Yaris was created as the first Toyota vehicle developed with the reversed concept of turning a motorsports car into a production car. 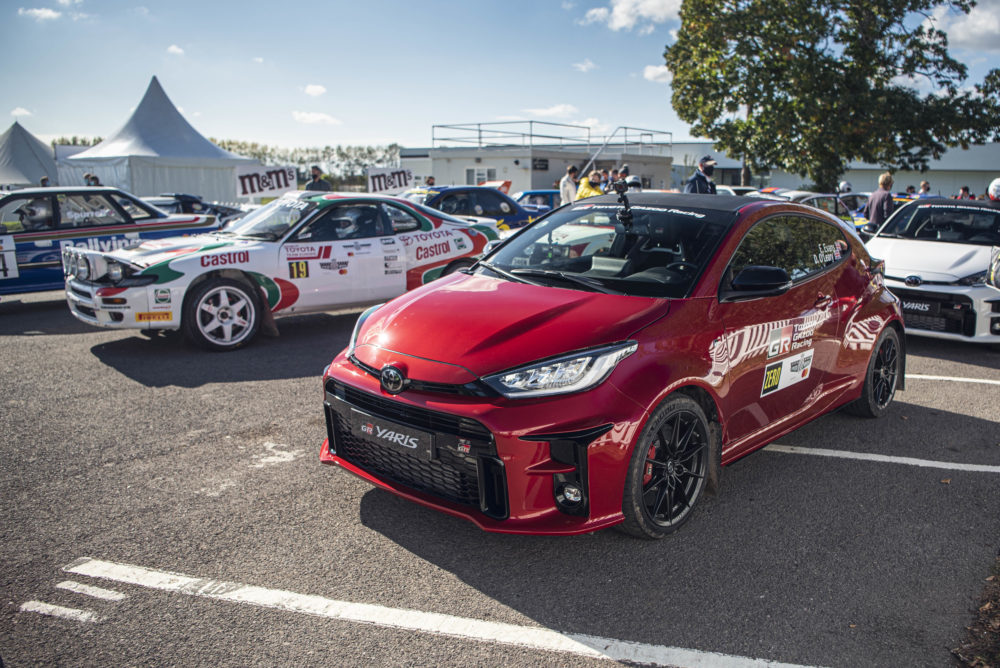 For this event, the two 2019 TGR WRT drivers, Jari-Matti Latvala and Kris Meeke were joined by 2020 driver, Elfyn Evans, behind the wheel of the GR Yaris. Toyota motorsport vehicles such as the iconic Castrol ST185 Celica GT-Four and the latest Corolla Hatch touring car also attended the event. Master driver Morizo also participated via a video link, sharing his passion for motorsports, the development of the GR Yaris, and the experience of riding in the passenger seat of the GR Yaris. 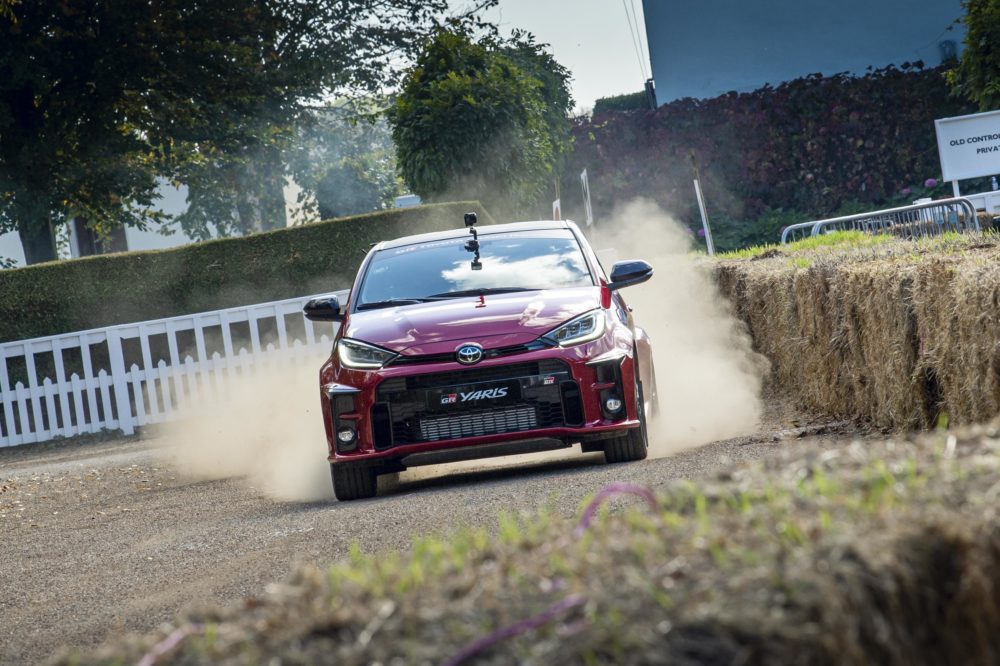 Akio Toyoda, President of the Toyota Motor Corporation said: “For car lovers like us, there is no better place to be than Goodwood. It’s a feast for all the senses and even though we may not be able to smell the gasoline this year, thanks to the imagination of the Duke of Richmond, we still get to see and hear many fantastic new cars, including a favorite of mine, this new Toyota GR Yaris. This is the production version of our Yaris WRC race car which we drove straight to the winner’s circle in 2019, making us the current WRC champion! In truth, we participate in motorsports like WRC because we learn so much about how to make our cars more dynamic and fun to drive. 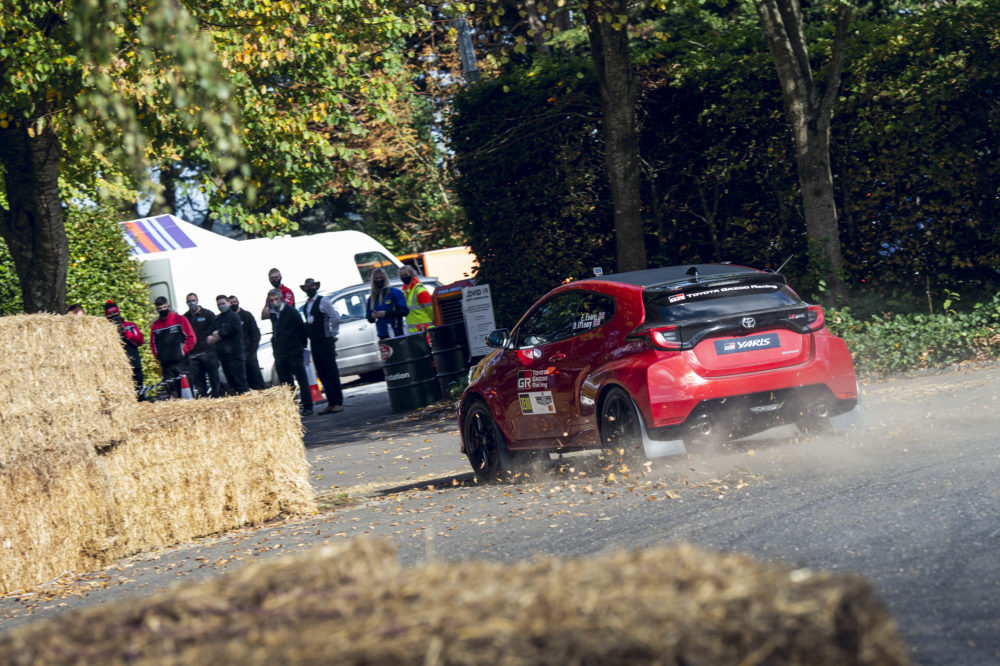 In my role as Master Driver for Toyota, I was personally involved in the creation and tuning of this new GR Yaris, alongside our Gazoo team member, the great Tommi Mäkinen. Unfortunately, I can’t take you on a real test drive but here’s a little taste of what it feels like. Enjoy!”