On 28 August 2019, Toyota and Suzuki announced a formal alliance in order to leverage each other’s strengths and compete in the evolving global vehicle market. Toyota’s expertise in Hybrid technology and autonomous driving would be of benefit to Suzuki, while Toyota would get access to affordable compact vehicles which as we know, is a Suzuki strength. 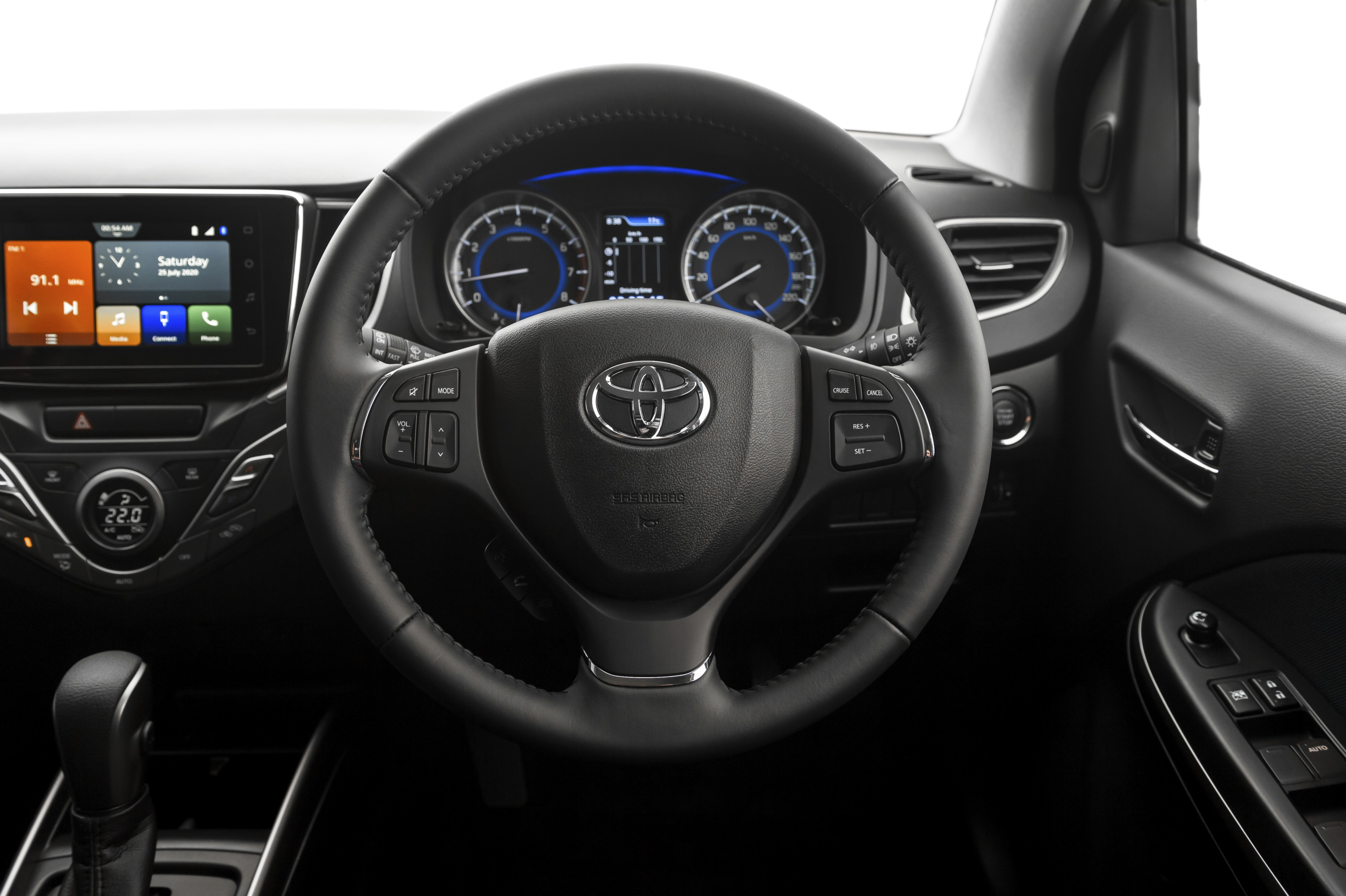 The first product to come out of this brand alliance and make it to our shores is the Toyota Starlet which is essentially a rebadged Suzuki Baleno. The Starlet name dates back to 1973, and has adorned Toyota’s sub-compact hatchback in the Japanese Domestic Market for five generations (ending in 1999).

The sub-B segment accounts for the second-highest share of passenger vehicle sales in South Africa and is a fiercely competitive territory. The Starlet replaces Etios in Toyota’s line-up – a vehicle that captured an average 22% share of the sub-B segment over its lifespan. 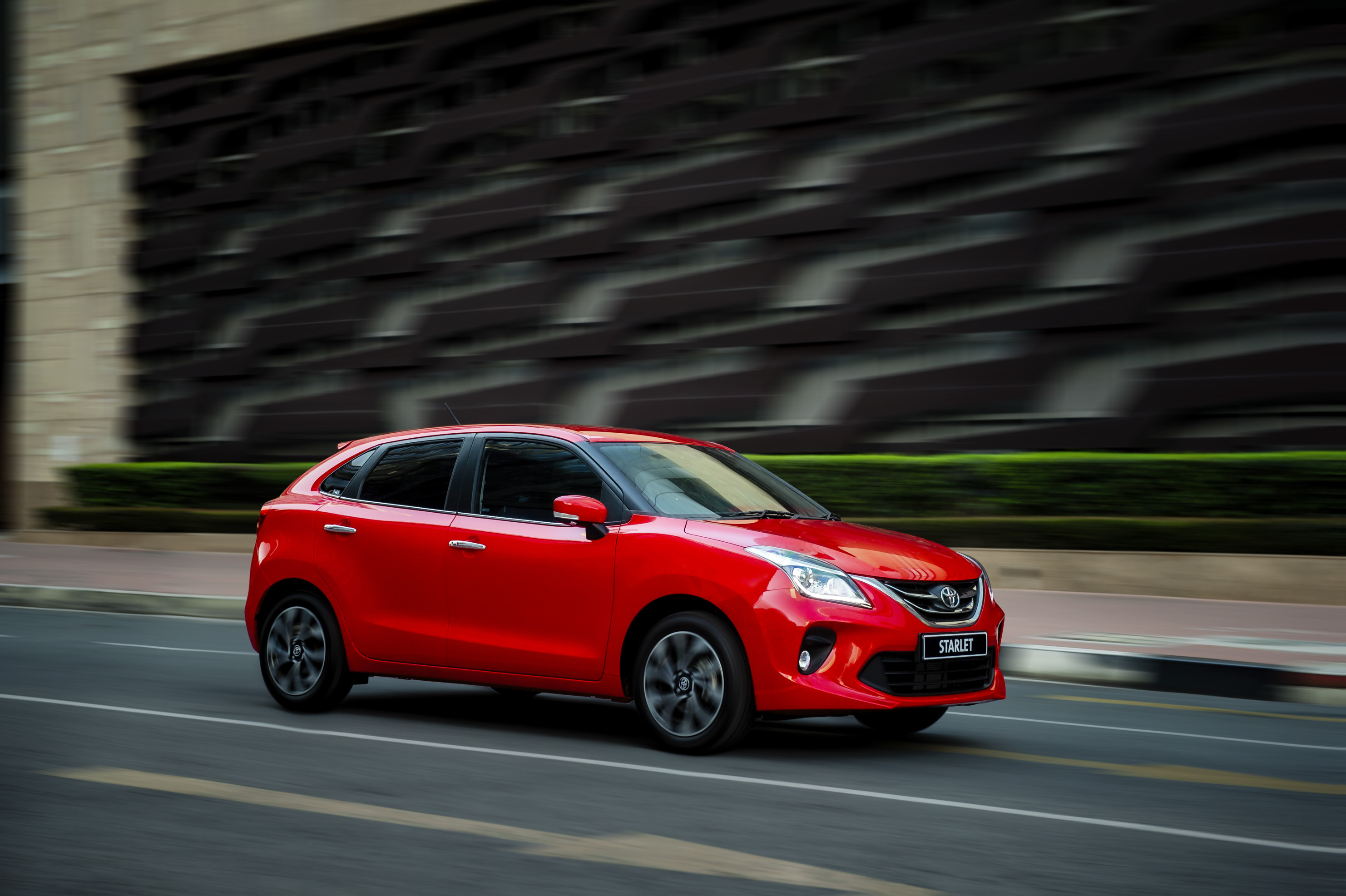 The Starlet follows a classic hatchback profile, with a short, downward-sloping nose adorned by a Toyota badge and a rounded-off rear hatch. 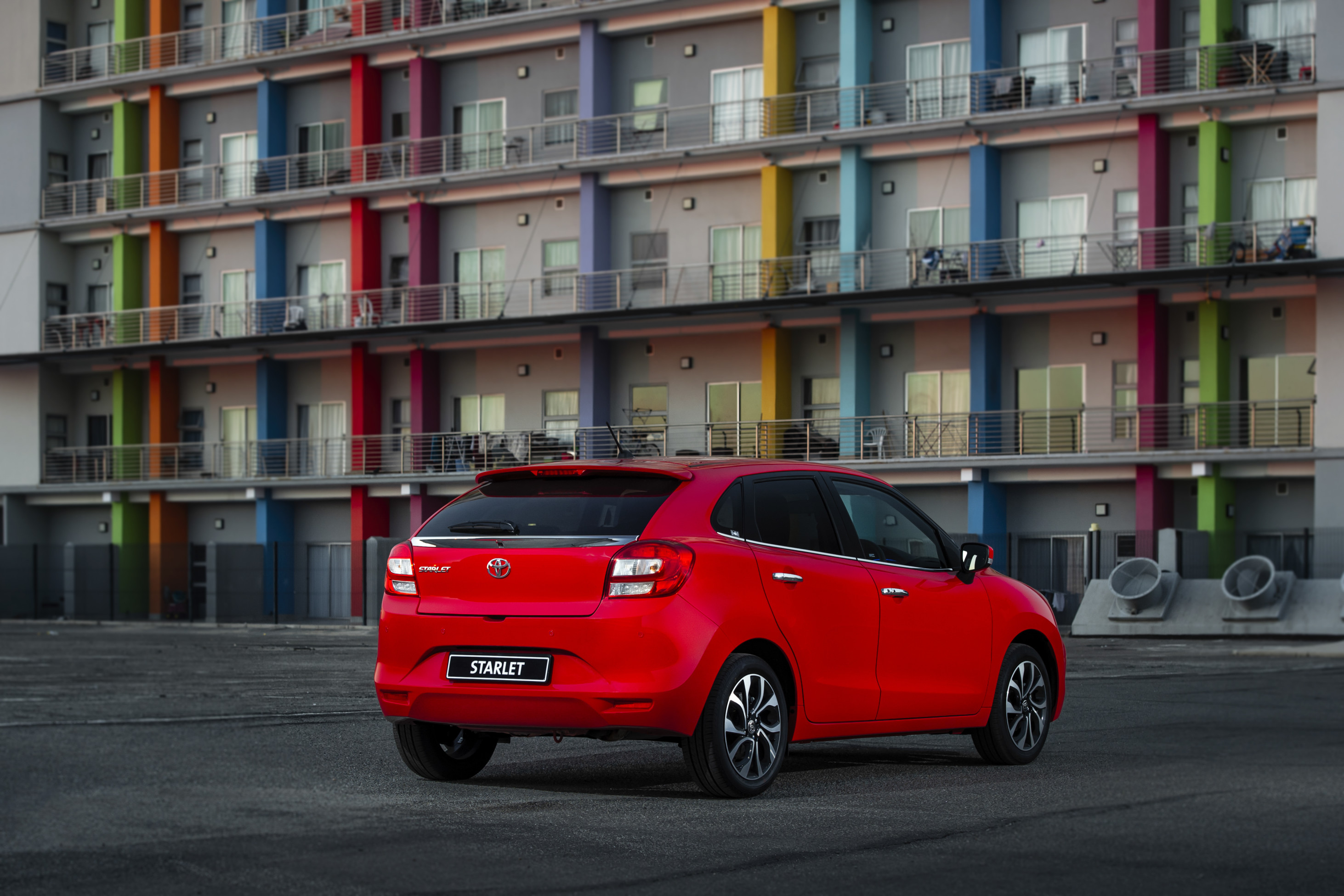 The rear design centres around the large LED tail lampsthat are joined by a chrome garnish strip and trapezoidal indent in the lower bumper section. 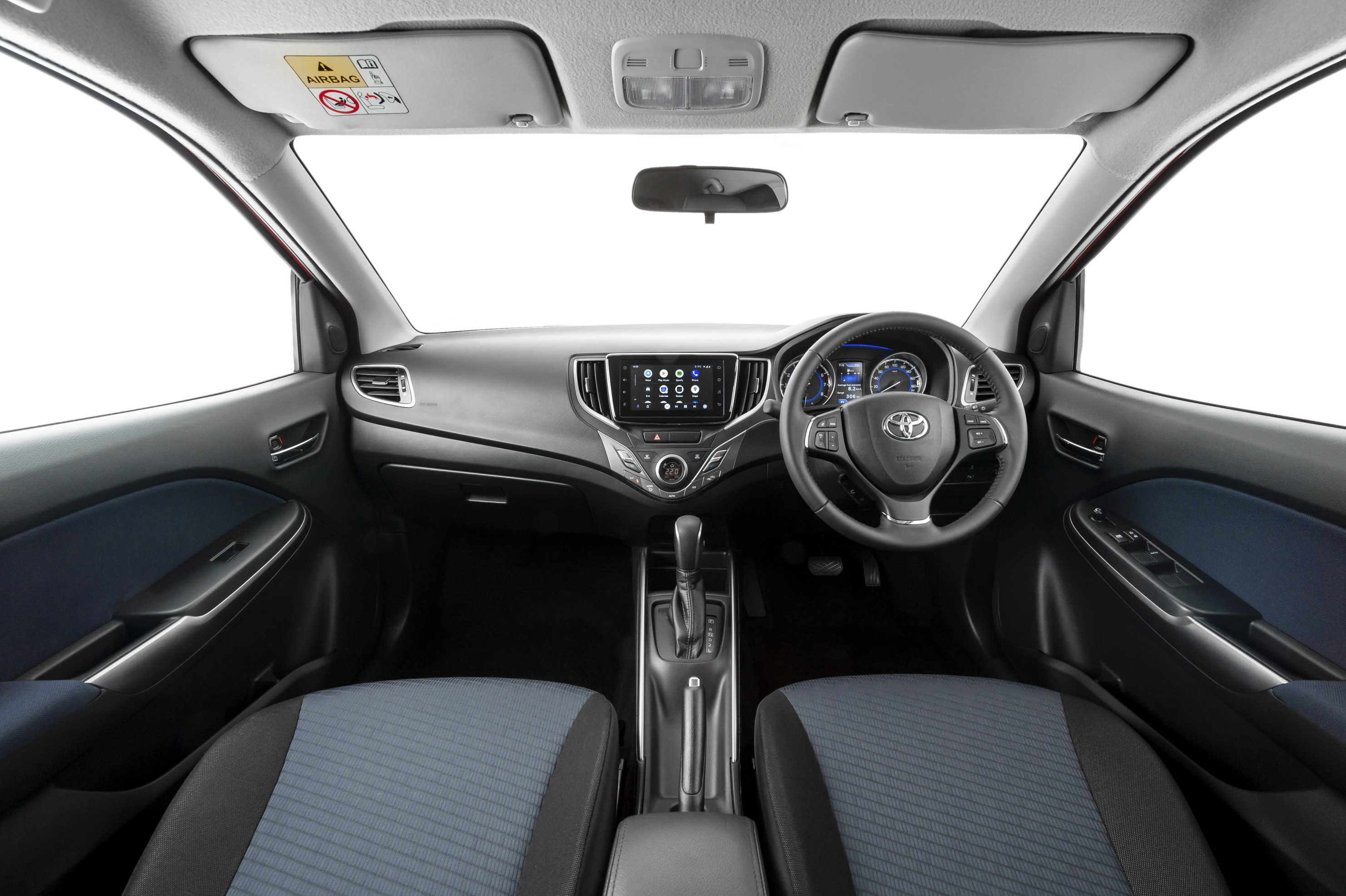 The foundation of Starlet is Suzuki’s TECT platform, which utilises high-tensile steel in critical areas as well as energy absorption channels – to produce a strong, safe and lightweight chassis. A traditional McPherson strut front-suspension design is joined by a torsion-beam rear axle. The Xi model is equipped with 15”-steel wheels shod with 175/65/R15 tyres and a space-saver spare wheel. Xs and Xr variants feature stylish turbine-shaped 16”-alloy wheels with 185/55/R16 rubber.

Two transmission choices are on offer, a 5-speed manual and 4-speed automatic, all driving the front wheels. The obligatory 0-100km/h dash is dispatched in 10.9s for the manual and 11.6s for the auto variant. 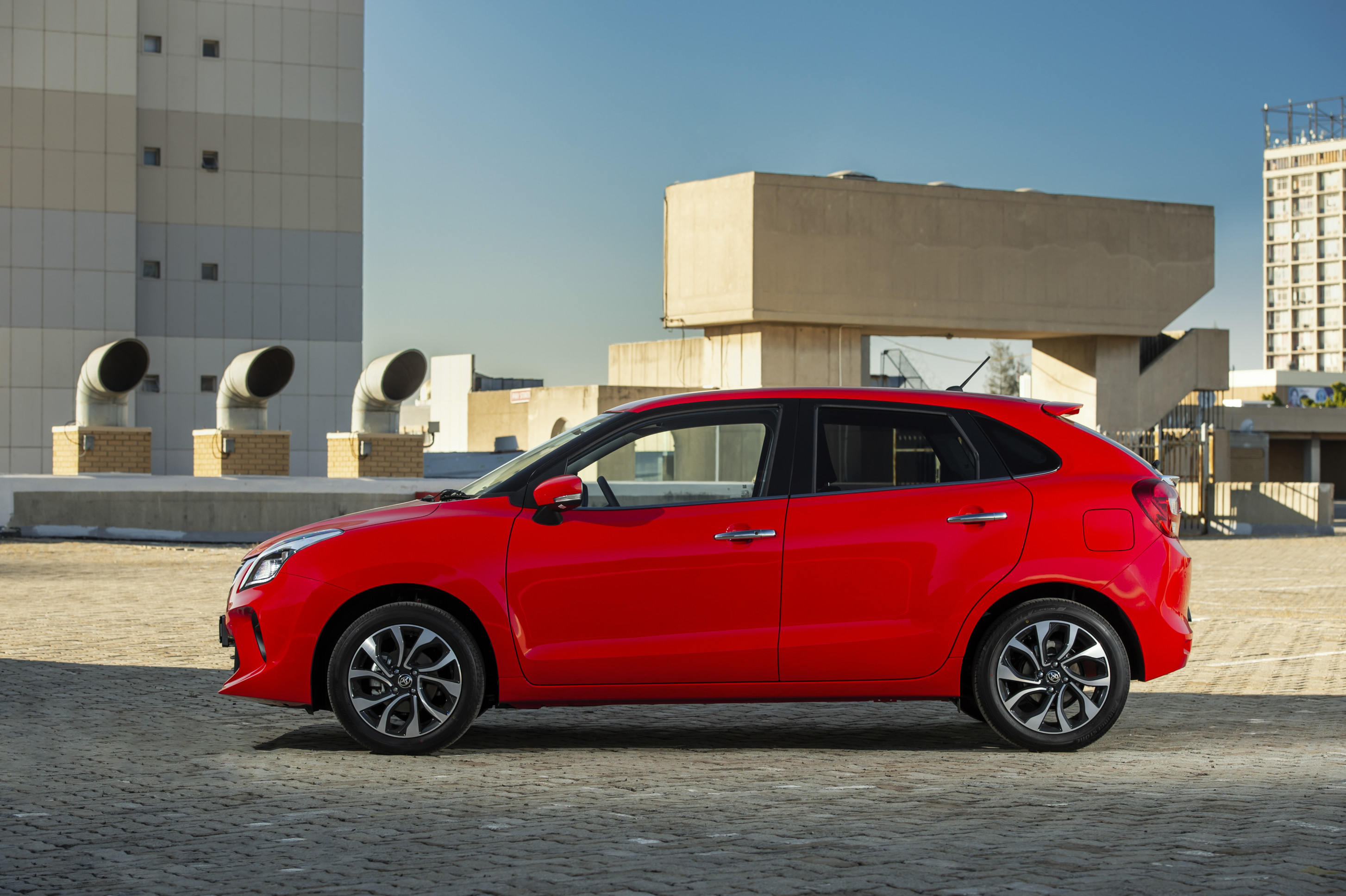 The claimed fuel consumption registers between 5.1 and 5.4 l/100 km depending on variant. 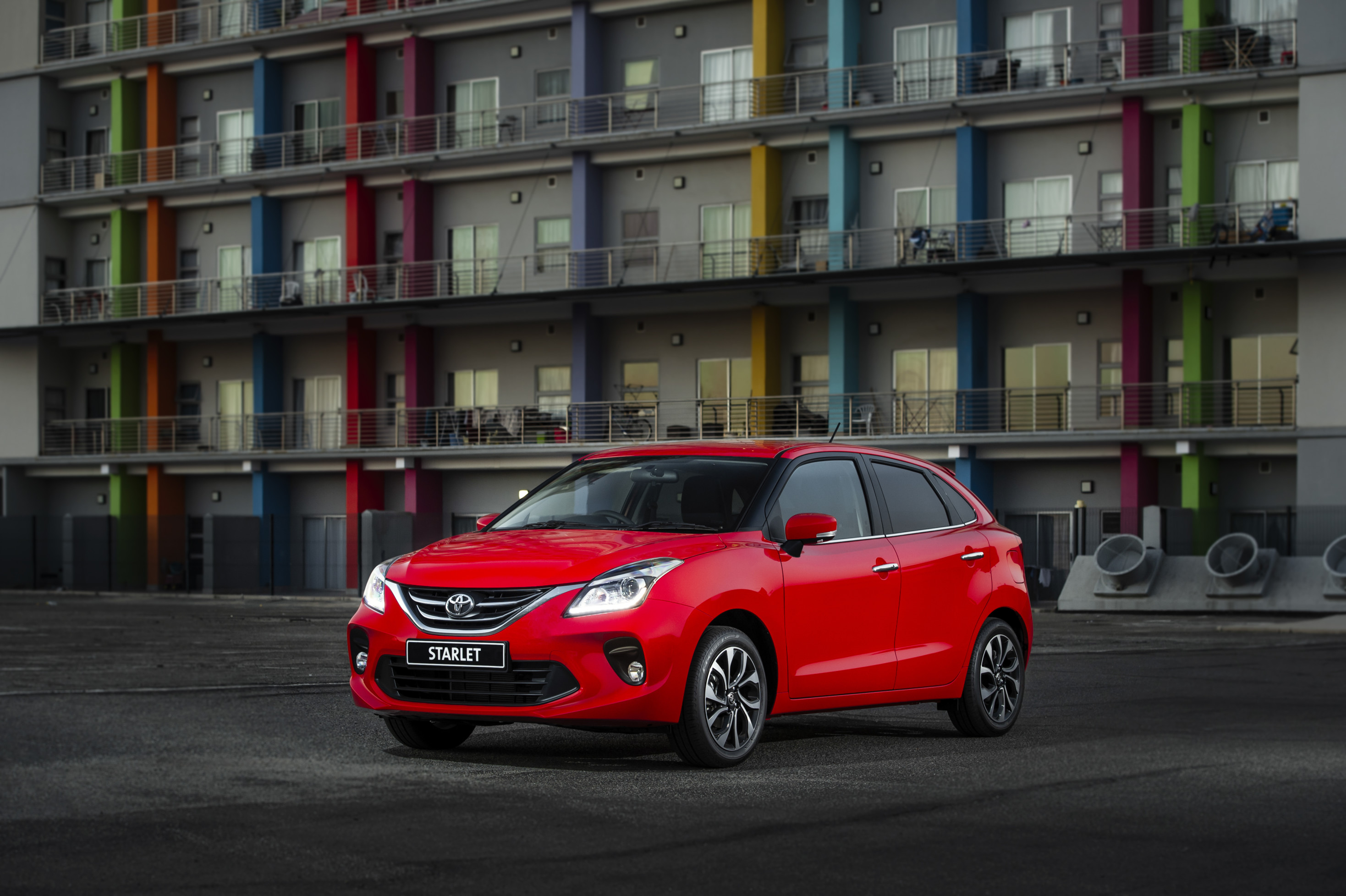 All Starlet models are also equipped with the Toyota Connect telematics system which includes an in-car Wi-Fi hotspot and complimentary 15Gb data. Once linked to their profile, customers can manage their vehicle via the MyToyota App. This intuitive app allows on-demand service bookings, vehicle information and history, tracking data as well as Toyota Connect data recharge services and much more. 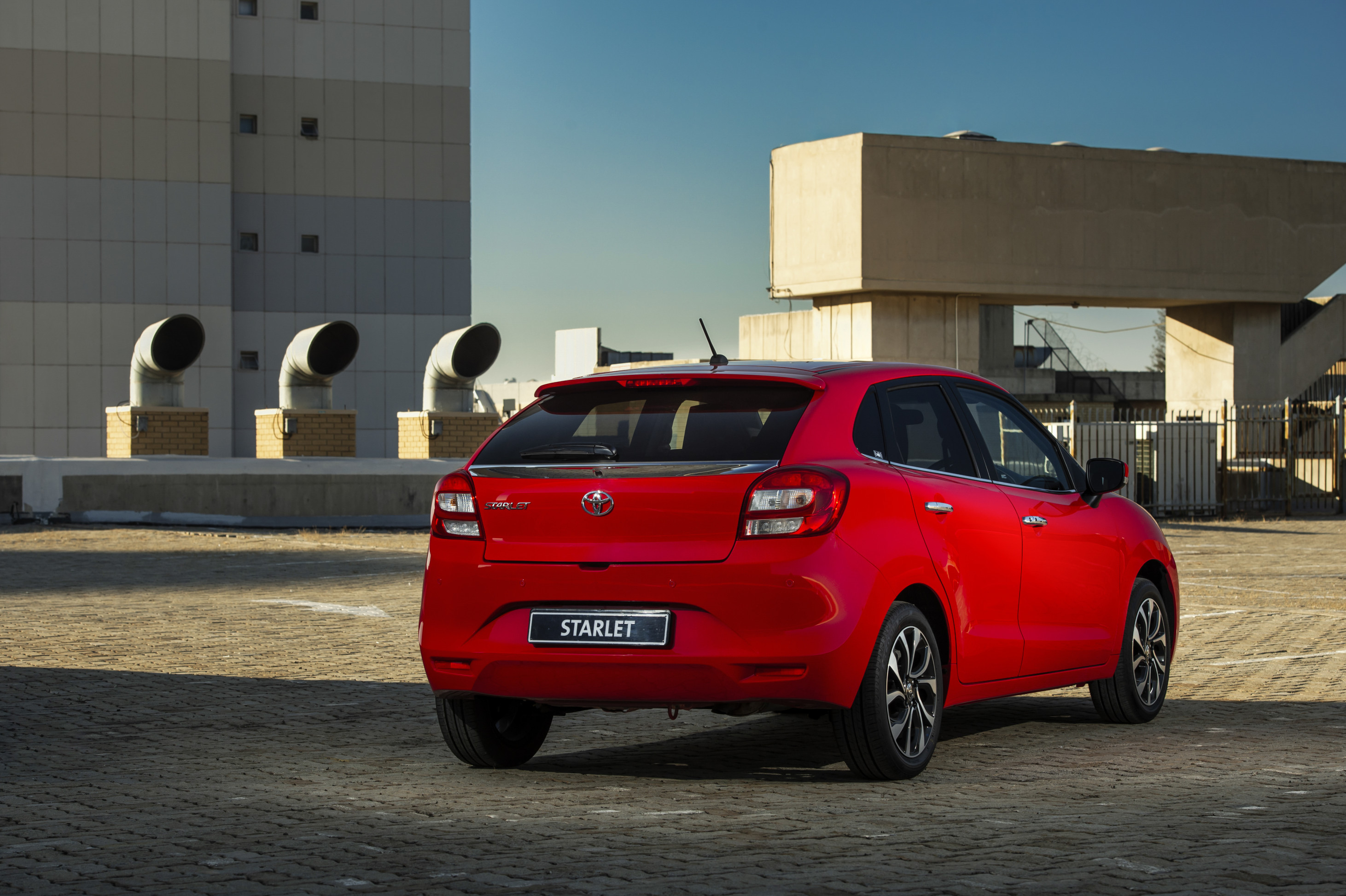